A Beginner’s Guide to Mortgage Rates in 2022 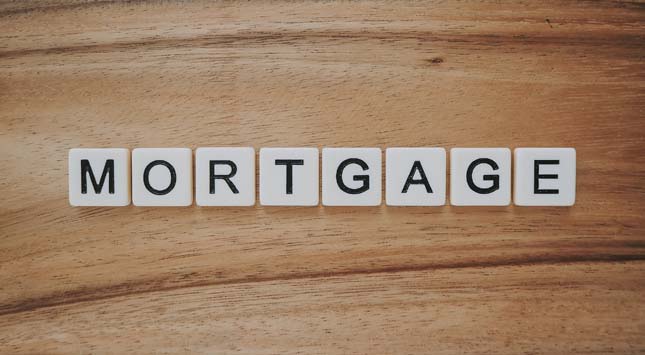 So, you’re ready to buy a house or an apartment to take advantage of the still-close-to-record-low mortgage rates before the economy recovers. Perhaps your new primary residence or your first investment property.

And because you’re financially conscious and responsible (hopefully), you have a couple of doubts over which type of mortgage rate to get.

Well, look no further, my friend.

If you’re a first-time homeowner looking to make the best possible financial choice or you feel you could have made a better choice on your previous mortgage if only you’d known better, you’re in the right place.

So, without further ado, let’s get started!

What is a Fixed-Rate Mortgage?

As you might already know, a fixed-rate mortgage is basically a loan in which the interest rate remains the same throughout the whole period.

To understand this better, let’s see an example.

Spoiler: Numbers ahead! But stay with me (they’re easy!).

I used Mortgage.org’s Mortgage Calculator for this exercise, in case you wanted to experiment with some figures yourself.

Now you might be thinking, “that’s a huge number!”. However, let’s dig a bit deeper to realize why it’s actually a pretty good deal.

When we spread those $525,371 over 30 years, it amounts to around $17,513 per year, which would set our monthly mortgage payments at a reasonable $1,459 without accounting for extra costs like property taxes and homeowner’s insurance.

So, no matter what happens with the state of the market, you can safely plan to pay $1,459 to have a roof over your head for the next 30 years.

Note that we used the average 30-year fixed rate, according to the latest data from Money.com. You’ll find rates as low as 3.175% with a 700+ credit score, according to NerdWallet.com.

In short, a fixed-rate mortgage is a loan that will allow you to know exactly how much you’ll have to pay over its lifetime. No surprises!

What is an Adjustable Mortgage Rate?

Now, things get a bit more complicated, although I did my best to make everything as crystal-clear as possible for you.

So, an adjustable-rate mortgage (ARM) is a type of loan that can change with the market and either decrease or increase your monthly mortgage payments.

This type of mortgage loan is riskier because, in the event of a market collapse or a recession, your mortgage interest rate can significantly skyrocket and cost you tens of thousands more.

Now, you might wonder, “If it’s so risky, why would anyone take it?”

Well, because they tend to offer lower interest rates than fixed mortgages and can be a great choice depending on your goals.

Most ARMs are hybrid, which means that they’ll have a fixed interest for some time, then the rate will start to change. Their lifetime is 30 years.

Do note, however, that an ARM is more complex and requires you to understand a few concepts. These are, according to Investopedia:

I know, I know, you’re not a fan of financial mumbo jumbo. Well, neither am I.

However, understanding those few concepts can be the difference between locking up a great mortgage rate or falling into the abyss of mortgage debt. Not a good place!

How Do ARMs Work?

Now that we know the basic concepts, it’s time to see how this works out in the real world.

Well, first of all, there are several different types of ARMs. Their structure can make them more or less risky.

Out of these, the first two are the most common.

Every structure has a separate cap structure as well, which is very important.

You might come across a 2/2/6 structure. Now, what does this mean?

The first number means that the most your rate can increase in your first adjustment period is by 2%.

The second number means that the most your rate can increase during every subsequent adjustment period is by 2%.

The third number means that the most your rate will increase during the lifetime of the mortgage is by 6%. Meaning that after your initial rate has gone up by 6%, it will never rise again.

You see, it wasn’t as hard as it might have seemed.

It’s also worth mentioning that, in most cases, a similar structure applies to how much your mortgage rate can decrease.

Let’s review an example to see how all this works out in the real world, using Money.com’s latest mortgage rates data (as of April 5th).

From year six onwards, depending on the U.S. Treasury rate, your rate may go as high as 2% per year, although that is a worst-case scenario.

In this case, if your rate went up by 2% for years six, seven, and eight, your rate would have gone from 2.971% to 8.971%. At this point, you would have reached your 6% ceiling, ensuring your rate wouldn’t increase again during its lifetime.

I can already feel my wallet crying!

But either way, chances are that you’d still end up paying more during the lifetime of the loan compared to the fixed mortgage.

So, and I don’t mean to be pessimistic, the biggest question you must ask yourself before taking an ARM is, “Would I be able to keep up with mortgage payments in the worst-case scenario?”.

This is because, as you can see, if your ARM reached its ceiling, it could crumble your finances.

Of course, you could refinance to avoid this mess, but that would cost you between 2% and 6% of the new mortgage amount.

Which Type of Mortgage Should I Choose?

According to CNBC expert James Wiseman, getting a fixed-rate mortgage is the way to go for most people.

You must be wondering, then, when does it make sense to get an ARM if they are so risky in the long term?

If you think that you’re going to sell your home in 5 years or less, that your income will significantly increase in the future, or that interest rates will decrease, an ARM with a lower rate might be for you.

Don’t forget to check out 5/5 ARMs if you think an ARM will do the trick for you.

Now that you know the difference between a fixed and an adjustable mortgage rate, you can confidently decide which one will do the trick for you when taking out your next mortgage.

Keep in mind that all the rates given can and will vary with time and remember that they were averages according to Money.com’s most recent data.

If you do a quick search, you’ll find fixed-rate mortgages as low as 2.75% for a 30-year loan (as of the date this article was published) with a 700+ credit score.

Lastly, remember that your credit score will affect the rate you end up getting from your lender.

Anyways, I hope you got something valuable from this post, and I encourage you to take advantage of these historically low mortgage rates while they last.

Are you planning on getting a mortgage soon? Why or why not? Think I might have missed something? Let me know in the comments!

John Sandoval is a personal finance freelance writer and blogger. Through his writing, he strives to dispel the “finance is a boring myth” that he once believed in. Get in touch!

Dealing with Cash Flow Problems in Your Business

In Case of Emergency: 3 Reasons Why Entrepreneurs Should Secure Backup Funding

Launch Your New NFT Marketplace to Shine as a Web3 Business!

How to Prevent Rejected or Reduced Trade Credit Insurance for Businesses?

What is Enterprise Data Management?