The Best Advice You Could Ever Get About Government Finance 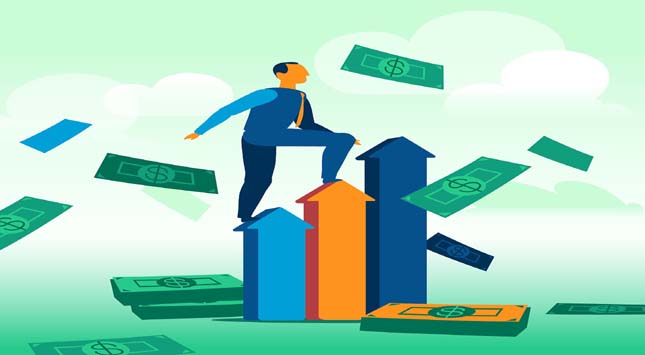 In other words, small enterprises that manage to win a contract for a government project can look forward to a very stable cash flow that might as well open opportunities for further growth within a certain period.

Entrepreneurs should definitely see if there are any open contracts and government finance options for them. These contracts are totally worth the effort in going through the proposal, bidding, and undertaking part.

What are the reasons that justify the otherwise time-consuming process of outbidding other small enterprises for a government contract?

You May Read: How Consumer Financing Can Help My Business?

The Government is Looking to Spend More on Small Business Contracts

The Small Business Administration announced in July this year that the government had increased its spending for small business contracts for the fiscal year 2021 by $13 billion. This translates to $145.7 billion of the federal government’s contracting budget for projects being set aside for small businesses.

This increased budget, however, could potentially continue through 2022 with the recent amendment to the National Defense Authorization Act passed by the House of Representatives in September. The Congress’ version proposed increasing the share of small businesses in the NDAA budget to 25% from 23%. The amendment, however, remains pending before the Senate, which will rule on the amendment on November 29.

Furthermore, President Joe Biden also announced in June this year that his government seeks to increase small businesses‘ share of government contracts to 50% in the next five years.

The Federal Government Has the Best Credit Score

Government contracts require much from contractors and suppliers. Most entrepreneurs get discouraged from bidding because of cash flow concerns. There are, however, a multitude of financing options that can provide the liquidity that they need while they fulfill the terms of their contract with the federal government.

One of these options is purchase order financing. Lenders look at the credit score of the parties making the order, rather than the borrower’s credit rating. In this case, the federal government has a very good credit rating of AAA. In addition, credit rating agency Moody’s expressed last month a renewed confidence in the government’s ability to settle its debt obligations.

The federal government has more than one avenue in which entrepreneurs can bid for contracts. The defense industry, for instance, has what agencies call the “Government-wide acquisition contracts” or GWACs. The three largest GWACs are the Alliant, Seaport-e, and the Transformation Twenty-One Total Technology-Next Generation (T4NG) initiatives.

Aside from the federal government, state and local governments also open bidding opportunities for small businesses within their jurisdictions. The point is – small businesses have several openings to consider in various levels of government. They must consider diversifying their contracts if they want to strengthen their cash flows further.

The Government Pays in Lucrative Terms, and On Time

The government sticks to its contractual obligations, which means timely payments for the small business contractor. The duration of the payments depends on the industry. Construction companies generally receive their payments as fast as 10 days. In most cases, however, small enterprises receive their first payments from their government contract within at least 30 days.

If the government does not pay on time, regulations state that the agency must pay the contractor interest on top of the agreed contractual terms. The current interest rate for late payments is 1.125%. This rate is good from July 1 until December 31 of this year but could change next year.

There’s no doubt about the amount of money up for grabs in government contracts. It’s natural for business people to want to jump at the first opportunity they could see within the government. However, some factors need to be considered. These include:

Once these factors have been deliberated and decided on, the process of looking for contracts and bidding for the award begins. It’s quite a lengthy process that involves consultations, actual bidding, and the presentation of proposals.

Every entrepreneur that seeks to participate in government contracts must also consider investing in not just money but time as well.