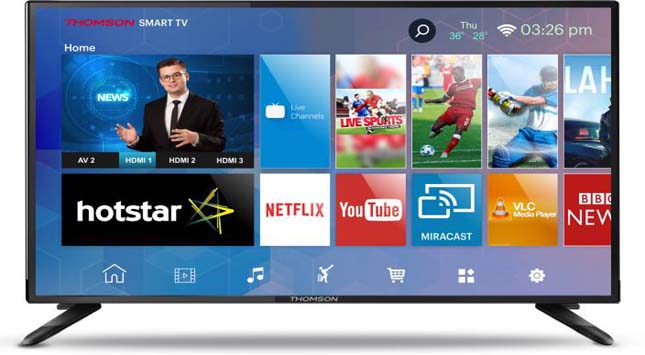 Digital advertising has not stopped growing, and with the way the digital world is evolving, there doesn’t seem to be an end to the innovations.

When properly done, television ads can persuade an audience to take a specific action; whether it’s to make a purchase, visit a site, or watch an ad to completion. And while there are now numerous streaming platforms available, television still reigns supreme when it comes to reaching larger audiences and convincing them to take action.

What is Connected TV?

Various types of connected TV platforms include gaming consoles, Apple TV, Amazon Fire, Roku, and many more. The rise of this kind of television has led to what is commonly referred to as “cord-cutting”. Cord-cutting is a term for the growing number of customers who are leaning more toward streaming platforms instead of traditional satellite and cable subscriptions.

What is Linear TV?

Linear TV refers to the traditional form of television watching where viewers watch scheduled programs at their scheduled time, on a predetermined channel. Linear TV is usually accessed after a customer makes payments for a subscription on a cable channel or some other medium.

Although connected TV and streaming services are gaining popularity in the media market, the impact of linear television still can’t be denied, especially in terms of reach and consistency.

Over-the-top refers to streaming services where users stream video content over the internet. Before the rise of OTT and streaming services, viewers would pay their cable TV providers for access to cable programming.

Now, viewers can sign up for streaming services such as Netflix, Hulu, or Spotify to access the content they enjoy, when they want it, and from whatever device they prefer.

If you’re considering advertising, you should understand the differences between linear television advertising, and connected TV advertising.

Cord-cutters can’t be reached on regular television, because they have disconnected from cable services. However, the number of households relying on connected television keeps on growing, and statistics show that 86% of millennials and Gen Zs watch their favorite shows on a connected TV.

With CTV advertising, it’s more cost-effective to reach premium networks rather than relying on linear TV. Connected TV ad providers offer a more flexible pricing structure, allowing customers to run cost per completed view or cost per metric. This means that with CPCV, advertisers can purchase a view when the customer views the entire ad.

Advertisers who have relied on linear TV advertising for so long would have a better understanding of how CTV works. Connected TV allows advertisers to reach their targeted audience better, as there is more room for contextual targeting.

When you invest in linear advertising, you spend money on an ad that is distributed to a wide audience, with no specifics. This means that some of this audience may be interested in your product, but others would not be a part of the demographic you’re targeting; translating to a wasted ad budget.

Advertisers don’t have to worry about how many viewers watch their ads, and how many others simply skip the ads shown. As there is a larger shift in digital marketing at work, advertisers and viewers get more used to viewing digital ads on every platform.

As an advertiser, it’s your job to ensure that the ads you put out are relevant to your audience, and CTV is the ideal platform to ensure that your message is well-received by your audience. Unlike most other digital video formats, connected TV is non-skippable, forcing viewers to view an ad until a specified time before they can continue watching their programming.

There is no denying the large number of people who still tune in to watch their favorite shows on cable or satellite television. The best thing about advertising to this audience is that since they are showing interest in a specific channel or program, you can predict some of their habits, likes, and interests.

CTV and OTT allows viewers to stream their preferred shows from their preferred devices at their preferred time. Still, TV audiences often rely on linear to watch live scheduled shows broadcast in real-time. These live event shows could be anything from current news updates, or even global and entertainment sporting events.

For example, the Super Bowl measures an unprecedented number of viewers yearly, with 42% of viewers saying that they watch the sporting event solely for the advertisements and half-time show. This high percentage of viewers could translate into an equally high percentage of buyers, representing just how impactful linear TV advertising really can be.

The younger generation might be more interested in cord-cutting, but the older generation prefers to stick to traditional TV.

Since new technology and devices can be difficult to understand for the older generation, your organization could do better with advertising on platforms that cater to its audience. For example, if your business produces shoes for the elderly, your advertising strategies could see more success when you advertise to your audience on linear TV.

After all, 60% of viewers aged 55+ prefer linear TV as their content platform.

While deciding which advertising platform to use for your business, you must pay attention to the effectiveness of your ads. To measure the effectiveness, you can collect different types of data such as completion rate, reach, brand lift, and viewability among other things.

Although connected TV offers a wide pool of audiences, advertisers need to know who their audience is and what they’re interested in to find the right strategy that works for them.