Here’s How a Chromebook and Laptop are Different 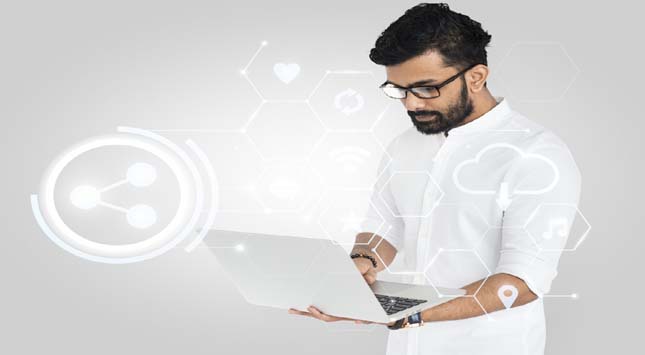 Laptops and Chromebooks look the same on the surface. In fact, it can be very hard to tell the two apart.

But they’re completely different in terms of specifications, systems, and interface. For many years, laptops were the most popular form of mobile digital devices. They’re easy to carry, convenient, and fast.

But Chromebooks are beginning to shove these aside. This is because their new technology makes them more efficient.

Chromebooks run on the skinned version of the Chrome browser, unlike most laptops. These run on either Windows or Mac OS. Chromebook can do anything laptops can. They can be used for streaming, editing, programming, work, etc. Surfing is also easy and convenient with Chromebooks.

Especially if you’re using fast connections like the TV and internet deal. Still, confused? Here are the main differences between a Chromebook and a laptop.

The main difference between a Chromebook and a laptop is the operating system or OS. Most laptops run on Mac OS or Microsoft Windows. These are extensive operating systems intended for a large number of tasks.

But Chromebooks are entirely different this way. They run on Google’s Chrome operating system. This system is essentially the Chrome browser’s stripped version.

Chromebooks run on cloud-based technology. This means that their programs are stored in cloud. Most laptops require heavy processing power. Chromebooks don’t need this. They are completely self-reliant. They use Google’s services such as Gmail, Google Docs, Maps, etc.

Storage is another factor that looks very different in a Chromebook and a laptop. With the former, content such as documents, videos, and pictures are automatically saved to Google Drive. So, a Chromebook has limited storage because of this feature in Chrome OS. However, when you buy a Chromebook, you’re given the choice to purchase additional storage.

Even though most users get 100 gigabytes of free online storage when they purchase their Chromebook. On the other hand, laptops have hard drives or SSDs. These are designed for file storage. Laptops allow users to save files online. But they can also use OneDrive or Dropbox.

Chromebooks come automatically protected against viruses. In contrast, laptops require manual downloading of anti-virus software. Chromebooks don’t require an additional virus scanner. This is installed in the system as a default setting. So, a Chromebook is relatively much more secure. It significantly reduces the chances of cybersecurity threats.

Files are also protected online with Google itself. On the other hand, anti-virus software is important for laptops. This is because viruses and malware can attack these devices more easily. But Macbooks are still less prone to such threats. However, it’s always a good idea to download anti-virus apps on your laptop. Especially with the recent rise in hacking and malware.

A Chromebook is energy-efficient. Especially when compared with laptops. This is mostly because a Chromebook doesn’t require a lot of energy. It doesn’t have a heavy processor, a hard drive, or a video card. These components alone need a large amount of energy.

And the absence of these means less consumption. Even the operating system itself is light. Because of this, a Chromebook can last way longer than a laptop, without having to recharge it.

Laptops don’t usually have such long-lasting battery life. Especially if you spend a lot of it gaming. The battery usually starts emptying after a few hours have passed. But you can save on battery life by switching to power-saving modes. Laptops also require more powerful hardware. This consumes a lot of energy and makes the battery short-lived.

Because a Chromebook can limit your experience with its choice of apps. But whatever you choose, keep these factors in mind beforehand.