How the Electric Vehicle Industry is Revolutionizing the Automobile Market in India? 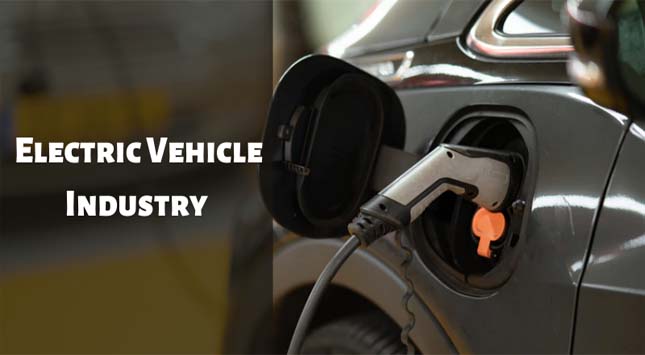 What is EV Charging?

Electric vehicles are very efficient as they do not burn and emit fuel gases to the environment.

According to the stats, one of the electric battery company investors Mark Cuban and others are investing around $5 million of revenue to bring its new chargeable device to serve the market named Rodie.

In partnership with Allstate, the company SparkCharge is delivering 120 kilowatts of electric power to the Rodie device with a top range of 50 to 100 miles. Such type of power charging outlets brings out very convenient to the people and supplier as well, as it does not need any cost of space and construction.

The on-demand charging business is growing this way, they would only require a power charging battery and equipment and a monthly cost of around 450$.

The current downfall of this industry is the lack of infrastructure, high cost, and poor maintenance support.

Europe has a high demand of 56% following the Netherlands and Norway. The UK has declined to set zero-emission of fuel by the end of the year 2050 and declare a ban on running any polluting vehicles on the road by 2035. Germany has a plan to cut off greenhouse emissions to their ecosystem by 90% at the end of 2050.

China the leading EV market king has already declared a ban on half of their vehicles and switched to non-polluting and eco-friendly vehicles. According to the stats, the market of EVs in China is growing to 11 million by 2025 with a market share of 49% for their new car model. Europe and the United States will cover 27% and 14% of sales in the market respectively.

The huge demand for the E- vehicles raised by the end of the year 2026 with the implication of the 4 lakh charging stations would be considered for the first phase of the infrastructure growth. The global Electric Vehicle Charging Station market size is projected to grow from 2,115 thousand units in 2020 to 30,758 thousand units by 2027, at a CAGR of 46.6%.

Many companies are developing and contributing their hands to the E-Vehicles such as ChargePoint, tesla, and shell, etc with their innovative ideas and advanced research methods to build strong and compelling networks for the management of large productions.

The features including the IoT for charging infrastructure, and fast and continuous charging with the options of flash charging and smart charging, to bring a major impact on the electric vehicle market in the future.

How the Electric Vehicle Industry is Evolving in India?

According to the survey by CEEW Centre for energy finance, the EV market in India will progress with $206 by 2030 including the cumulative cost for vehicle production and charging infrastructure.

IESA (India Energy Storage Alliance) states in their report that the EV industry will grow at the rate of 2026 with the heavy use of EV batteries for E-vehicles.

In the year 2021 of February, Ather Energy, India’s first AI intelligence EV manufacturer expanded its productivity with an annual turnover of $86.5 million.

Ola Electric would be India’s largest electric scooter plant in Hosur, with the cost of $330 million to produce 2 million units of vehicles in a year. Many business models are offering shared electric mobility solutions like Ola Cabs and Uber.

The EV market is growing vigorously without a doubt. With a total sales target of 3.6 lakh of units, they are expecting to reach $500 million in the industry with an increment of 36% by the year 2026.

2) Which EV Segment is Expected to Have the Highest Growth and Why?

The EV segment which is expected to have the highest growth is the EV batteries which play a significant role in driving the EV vehicle. Reduction in the price of the batteries makes it more affordable for the customer and encourages the use of Electric vehicles.

3) How is the EV Battery Demand Expected to Grow in the Country in the Next 5 Years?

According to the report by IESA, the EV market is expected to grow in the year 2020-2027 with a percentage of 44 and will exponentially hit the market of around 6.34 million by the year 2027.

4) Which States in the Country Have the Most Supportive EV Policy?

Andra Pradesh is the most prominent state for supporting the EV policy to have 1000000 EVs on the road by 2024.

Bihar is the other leading state which targets to convert all their public transport to E-vehicles. Also, other top states follow the EV policies to impact global climate change caused by air pollution as well as save the total dependence on liquid fuel resources like petrol and diesel.

5) How is the EV Market Supported by Public Charging Infrastructure During the Next 5 Years?

6) What are the Various Business Models for Public Charging Stations in the Country?

There are various business models which have to be taken for the successful implementation of public charging stations in our country. The main aim that should be kept in mind to determine the low cost for the business plan, is to emphasize lower risk for the investment.

You May Like to Read: Interior Upgrades for Your Daily Driven Vehicle

In this blog, we have covered how the electric vehicle industry is revolutionizing the automobile market in India. Solutions to be taken place to handle EV charging inappropriately. Consumers from emerging countries are already affected by the increased cost of petrol.

Easy CPMS system handles the user authorization to the system using the RFID card and PCI-compliant billing. The government must use such principles for adopting these business models to increase the total revenue at lower costs.

Following the strategies helps in improving customer satisfaction, aligned with the potential and new customers to reach sustainable goals.