How Could the First-ever NFT Cricket Game Revolutionize the Metaverse? 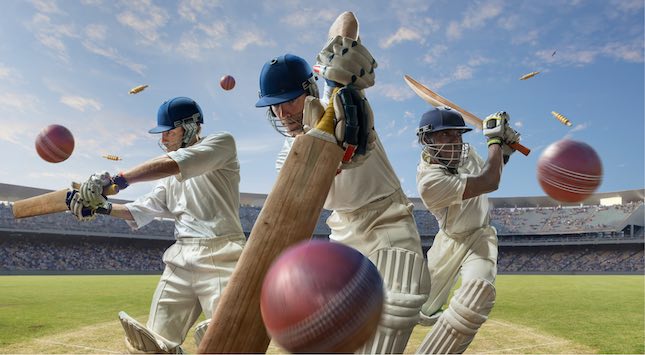 The answer to the question posed as the title could not be answered in a single word as the levels of history and involvement around the event are very high.

The hype surrounding the event is such that some social media users with enough knowledge of the domain claim that the single event might break some of the existing records in the blockchain and gaming spaces.

If you think about the above lines as beating around the bush, they are not, as such is the level of excitement from prospective users who lie in different strata of the blockchain world. In this blog, we will see more about what the title is actually about and some believable claims that might come true.

The World’s First-ever NFT Cricket Game – What are We Talking About?

We are talking about Meta Cricket League, the world’s first NFT cricket game that would hit the blockchain world soon. Before that, the play-to-earn (P2E) NFT cricket game’s developers, an NFT applications development firm based in Singapore, have announced that the game would be hosting its first drop called Super Loot during mid-April 2022.

The drops are set to be released on the game’s official marketplace called Jump.trade, which would spearhead the in-game economy once the game launches.  It is the world’s first NFT-based cricket game planning to build its own metaverse ecosystem, which could revolutionize cricket for the web3 world.

As far as the game is concerned, the developers have launched the official website of the NFT marketplace and the game’s social media handles, where all the banter is set to happen as the dropping date nears.

What Do We Know about the Super Loot NFT Drop?

As far as the Super Loot NFT drop is concerned, the NFT collection would feature assets that shape the game’s nature and gameplay. The drop would also prove instrumental in giving prospective users some necessary perspective on the game that plans to build a metaverse.

According to some unidentified sources on the internet, the drop could feature player cards, booster packs, and physical NFT objects. Although the former two are not surprising to an average cricket fan who had heard the news, the latter probably could dramatically hype up the amusement around the Meta Cricket League NFT game, which already has touched peaks and bounds on the internet.

What Does This Mean for Different Sets of Target Audiences?

According to the company’s official press announcement, the Super Loot drop has it all for people who are cricket fans, gamers, or NFT collectible enthusiasts. Such a statement only reinforces the necessity for the crypto world to adapt to newer users as the word is reaching across the globe.

Now is the turn for the cricketing nations, that includes the important Asian subcontinent, among some other parts of the world. These regions have a huge fan following for cricket as the sport is ingrained in everyone’s hearts. Fans are so devoted to such an extent that they would not miss out on any cricket-related update. In such a scenario, an NFT-based cricket game has no reason to stay silent as the information reaches the cricket fanatic masses of the world.

For blockchain gamers though, the gaming experience could possess a new challenge as most of the existing blockchain gamers have little idea about the sport of cricket. For your information, the top proportion of geographical distribution of the players of the game Axie Infinity has seen three countries occupying the list – Brazil, Indonesia, and the Philippines. People in these nations would not have enough knowledge about cricket as a sport.

So, although the question of how the game would address the issue if they look to attract gamers from these countries, it has been projected that a good amount of gamers spread across the world have been waiting for the game. This is since there has been word spreading that earning opportunities are higher than in other sport-based NFT games.

When talking about NFT collectors, their general notion is that whenever an application is a first in a particular category, the chances are that the application might become legendary. This has happened since the ages of the CryptoPunks collection. Collectors are keen to have their hands on good NFT games too, as having a collectible from a famous game is a huge feat and a reason to proclaim oneself highly.

Also, even if they need to trade the collectible, opting for a collection from a game is a viable option. This is because there would be a flowing economy in the gameverse, and one can easily fetch big bucks selling a rare collectible. In the present case, the Jump.trade NFT marketplace looks promising to host a busy highway of multiway trading traffic.

You May Read: Launch Your New NFT Marketplace

Who are the Masterminds Behind this Ambitious GameFi Venture?

The NFT-based game Meta Cricket League and the Jump.trade gaming NFT marketplace are developed by GuardianLink. The company is famous for its previous project BeyondLife, an NFT marketplace. The marketplace has a dedicated portal to the Indian superstar Amitabh Bachchan and Chakra collection, a superhero NFT collection co-created by the icon comic writer Stan Lee.

Through these ventures, the brand has established itself in the NFT space since it first started operations in 2016 as a blockchain research and development organization. The company is now advancing towards developing the first-ever cricket metaverse, beginning with an exclusive gaming NFT marketplace.

You May Read: How to Make NFTs?

How Much Does the Hype Factor Contribute Here?

With choosing one of the busiest months in the global cricketing calendars (April), where a lot of iconic tournaments occur around the world, the NFT cricket game’s developers have picked up a suitable time to release their Super Loot drop.

Owing to this, the craze around the game has increased manifold in a matter of days since the first announcement went online. Various social media pages on major platforms have been advocating followers towards signing up to join the Jump.trade marketplace’s waitlist through hilarious memes, which have been received well. The hype is projected to climb up as the drop date nears as the news spreads far and wide.

As the countdown goes on and on, the excitement building around the Super Loot drop from the Jump.trade marketplace for the cricket game it lives on is leveling up step by step.

Also, since promotions are in full swing, the NFT collection drop would surely be a huge success, and one would feel bad for missing out later; the reason being that the game aims to bring a metaverse experience and a virtual in-game economy like other popular blockchain games that yield money to players/collectors.

You May Read: Benefits of Using NFTs in Marketing