How Startups Are Disrupting the Financial Ecosystem 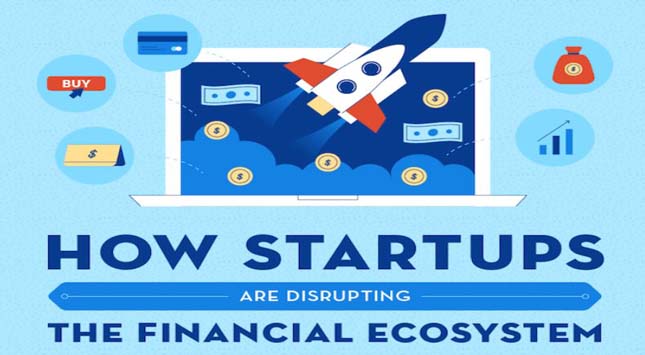 Tech startups and established financial institutions do not make natural allies. After all, why would traditional banks feel the need to work with unprofitable fintechs when they have been dictating the world order for as long as anyone can remember?

In reality, according to Fortunly’s infographic, investors gained a newfound interest in fintechs in 2012. This was a period of massive capital investment for tech startups. Then, in 2018, fintechs received a total global investment worth $118 billion – a new record.

Fintechs didn’t waste any time. They capitalized on available technologies to improve existing services and to develop new ones. They began catering to underserved markets and addressing issues often neglected by bankers.

Before the incumbents had enough time to react, fintechs drove mass adoption. They took advantage of the smartphone explosion, and introduced innovative lending models, among other things.

You May Read: Equity Award Schedule – What Startups Need to Know

Traditional banks tried to go back to the drawing board, but tech companies already captured substantial market share in various areas.

Eventually, banking executives had to give upstart tech firms the respect they deserved. From laggards, they became bandwagoners. Between Q3 2015 and Q3 2016, the number of investments made by banks in VC-backed fintechs grew substantially.

During this period, over 65% of bankers began considering tech startups as partners while less than 30% viewed them as competitors. Only less than 7% declared fintechs irrelevant.

Since then, banks and tech companies inked strategic collaborations while others consolidated. There might still be a few sceptics who don’t believe fintech unicorns will be around in ten years, but no one can disagree that the financial ecosystem has been disrupted forever.

To learn more about the love/hate relationship between legacy banks and fintechs, check out the infographic below.

You May Read: Cost to Create a Fintech App