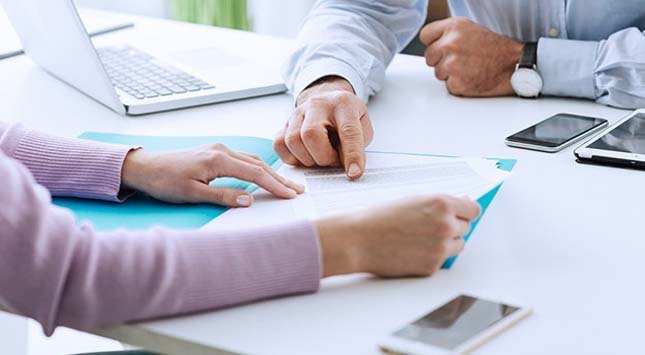 The technical debt would be making your life easy just for a while but it would be slowing down innovation and development later. Today, we all are living in the digital era which is marked by innovation, endless build cycles, deployment and also, and rapid releases.

We know that this approach seems to be of great importance as businesses could maintain consistent business continuity and high quality because of this. In this context, you must understand that your road to ultimate success is often marked by mistakes that take place because of several shortcuts.

Technical debt is supposed to be a programming concept that is known to reflect the additional development work which would be arising whenever the code that is easily implementable in the immediate future is actually used instead of implementing the overall best solution.

Technical debt is mostly related to extreme programming, particularly, from the perspective of refactoring. It means that restructuring the existing code would be needed as an integral part of the entire development method.

According to this particular perspective, refactoring is not just an outcome of badly written code but is based on the evolving understanding of an issue and the most effective way of solving that problem. Technical debt is often referred to as design debt.

According to https://www.techopedia.com, technical debt is supposed to be a term that was actually coined long back in the year 1992 by Ward Cunningham, a computer scientist.

He used the term ‘technical debt’ for describing the deferred costs to make sub-optimal or substandard design decisions for delivering software and applications really fast.

This practice could be culminating in the actual rise in expensive corrective maintenance procedures in future releases that could impede development speed associated with technological innovations such as incorporating new functionality that actually represents a likely opportunity cost. In this context, you must know that some of the most common features of technical debt seem to be non-scalable code, inefficient code, and redundant code.

We know that smart financial debt could be beneficial in fulfilling your important life goals quickly. Similarly, not all technical debts are supposed to be bad and if addressed properly they could be yielding immense benefits for your business.

This is actually true for all those fast-expanding organizations that have a critical necessity for shipping their products early. However, you need to exercise wisdom while incurring technical debt, just like you do in the case of financial debt.

You must realize that over an extended period of time, the accumulated technical debt could be hampering your shipping speeds, triggering developer morale issues, or even sinking your business completely. According to https://hackernoon.com, there are three kinds of technical debts.

You May Read: Managing Money, Anger, and Fear as a Couple

Most often than not, engineers are aware of the quick way and even the right ways of doing a thing. In several cases, the right way is actually the quick way but sometimes, the team would be doing something deliberately the wrong way as they require delivering the product quickly to the market.

This sort of tech debt could be tracked in the backlog while intentionally deferring work that requires to be completed. If you fail to track it specifically, it is quite unlikely for it to be repaid and may be transformed into an accidental design debt in the course of time.

Stakeholders and product owners must be held really accountable for the accumulation of this sort of debt as it is incurred simply by business decisions. You may browse through debt consolidation loan feedback before deciding to consolidate your business debts.

While designing software systems, engineers have tried to bring about a balance between thinking well ahead of time and future-proofing their designs with quick delivery and simplicity. Often when systems are evolving, your requirements go through a change. You may realize that you had come up with a flawed design, or the new functionality seems to be slow to implement and difficult too.

A good authentic design would be easier for refactoring incrementally, but at times you would be needed to do a far more significant refactor. Product owners and tech or team leads must be accountable to make sure that time is assigned separately for resolving this sort of a tech debt

Bit rot tech debt would be happening over a period of time.  A system or component devolves slowly into undesirable complications via many incremental revisions.  This is the only sort of tech debt that must be avoided consistently.

It is believed that by consistent refactoring, the strong teams would be taking time for understanding the system design that they are actually working on (even though they did not design the system originally), improve the design, and clean up the bad code in the process. The development team must be held accountable for dodging the bit rot tech debt because it has been incurred by separate developers individually.

Technology definitely does play a role in the repayment of technical debt. If you can make full use of technology and use tools to help you manage and mitigate code debt. There are a lot of these tools in place; the best is reporting systems that are able to shed light on test coverage, code coverage, and a number of tasks related to technical debt. DevOps teams will be able to up their testing and coding skills and communicate freely if you set up a component architecture that can deploy multiple components.

A number of companies could organize events and activities like one or two-day hackathons to boost morale, get things done quicker, and maintain their products better. The pressure is replaced instead by playful competition and code debt is significantly reduced. The executive policy should have provisions for these actions to be taken; otherwise, the codebase would never be remedied.

You May Read: How Can Artificial Intelligence (AI) help Accountancy

By making technical debt and its removal a part of every code sprint or every release, you could get on top of things very quickly. You may also find a way to schedule a remediation release from time to time. Either of these is vital so that your code debt does not keep piling up and eventually renders your system to be unusable legacy code.

Technical debt is part and parcel of the development cycle but must be handled smartly and effectively to ensure you are always on the best possible path to success.