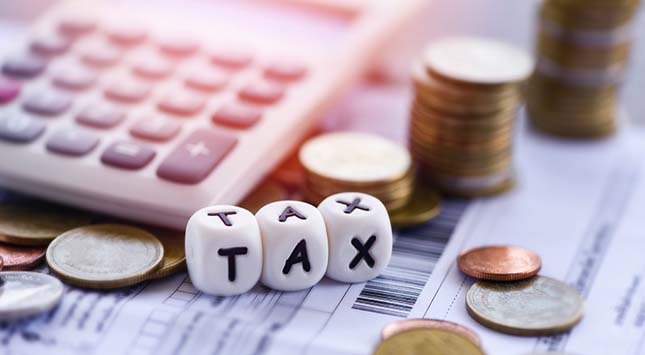 By: Gerelyn Terzo of Sharemoney

Nigeria’s economy was troubled even before the onset of the pandemic. The West African nation had already been mired in multiple recessions, rising inflation, slow growth, a devalued naira, and declining foreign reserves.

That’s why it took many by surprise when GDP expanded at a rate of 5.01% in the second quarter vs. year-ago levels.

Despite the economic expansion, Nigeria’s economy has been hit with a one-two punch of the effects of the COVID-19 pandemic and weaker oil prices. The strong rebound begs the question of whether the rebound is sustainable or if it is being propped up by artificial measures that will not stand the test of time.

Nigeria’s Q2 GDP jump is also surprising because it comes on the heels of a mere 0.51% increase in Q1 2021. In Q2 2020, at the height of the pandemic, Nigeria’s economy shrunk by 6.1% while lockdowns were in place and borders were closed.

Nigeria was able to crawl out of recession in the final quarter of last year. When taken at face value, the latest results suggest that Nigeria’s economy is on the road to recovery as output nears pre-COVID levels, which is a threshold that countries and corporations alike are striving to achieve.

Nigeria may be Africa’s leading oil-producing country, but GDP was buoyed by non-oil sectors, which comprised more than 90% of the economic expansion in the quarter.

Nigeria has benefited as countries around the world have reopened their borders and trade has resumed. Last year, Nigeria’s trade sector shrunk by 16.5% when major cities such as Lagos and Abuja were on lockdown in an attempt to thwart the spread of the virus.

The recent growth in Nigeria’s economy is largely thanks to the stars lining up in all the right areas. For example, Nigeria’s central bank has adopted an expansionary monetary policy and delivered stimulus to the economy, including a $1.2 billion pandemic intervention fund that it announced last year.

More recently, President Muhammadu Buhari announced a new infrastructure initiative in which the government is seeking the regulatory green light to borrow $4-plus billion in sovereign loans for infrastructure projects in the country, according to Reuters.

President Buhari is looking to spark a sustainable economic recovery in the face of the lingering pandemic and problems among local manufacturers accessing the U.S. dollar for imports.

The financing, which includes a EUR 710 million loan and a $125 million grant, will be provided by a cohort of agencies and private lenders, including the “World Bank, French Development Agency, China-Exim Bank and the International Fund for Agricultural Development.” On the private bank side, it’s Credit Suisse and Standard Chartered Bank.

The Sub-Saharan African nation has also benefited from the easing of restrictions in the global economy as vaccinations become more prevalent. As borders have opened up, so too has trade, as previously alluded to.

In addition, Nigeria’s Q2 GDP growth is coming off an unusually low base from the same period in the pandemic year, which leads to distorted results. In last year’s Q2, Nigeria’s GDP shrunk by 6.1%, thereby resulting in a spike this year as life returns to normal.

Nigeria has more than its share of headwinds. The naira has been plunging in the black market despite efforts by the Central Bank of Nigeria to maintain a stable exchange rate. In July, Nigerian officials stopped the flow of billions of dollars from its central bank to currency exchange locations that businesses and travelers go for their foreign exchange needs.

These efforts have done little to help. As of Sept. 11, Nigeria’s spot rate was 411 naira to USD vs. 545 naira to USD in the black market, leaving a wide gap between the markets. Nigerians are turning to unauthorized markets in response to the government’s capital controls and do not expect that naira will display stability anytime soon.

Meanwhile, Nigerians are also battling a third wave of the pandemic, which has hit the country even as vaccines remain in short supply. Nigeria lags behind other Sub-Saharan African nations, a region that is serviced by remittance service provider Sharemoney, on vaccinations.

Only 1.2% of its population of some 201 million people have received a minimum of a single dose, which is below Senegal, Cote d’Ivoire, and Ghana.

The Nigerian government, which recently received 4 million doses of the Moderna vaccine from the United States, expects to have 52 million jobs by the end of Q2 2022. In the meantime, they are looking to ease travel restrictions for Nigerians who have been inoculated.

Nigeria is facing an uphill battle for economic recovery. The World Bank noted how the country’s rebound is moving slower than other Sub-Saharan African nations as it continues to grapple with inflation and policies that have fallen flat.

In July, inflation hovered at 17.4% compared to 8.2% seven years ago. This dynamic is making it difficult for Nigerians to get ahead or in many cases dig themselves out of poverty.

Worse, the extremely poor segment of the population has been on the rise, with the World Bank has recently given Nigeria the dubious distinction as the “poverty capital of the world,” outpacing India. In fact, roughly 90 million Nigerians are currently living on less than $2 per day.

This year, Nigeria’s economy is on pace to expand at a rate of 1.9%, according to The World Bank. The International Monetary Fund’s estimate is more conservative at 1.5%. Central Bank Governor Godwin Emefiele is more optimistic and pegs the country’s economic expansion in the range of 2.5-3% in 2021.

So far this year, Nigeria is experiencing a better-than-expected economic expansion of 2.7% in the first six months of the year.

Ultimately, all eyes are on policymakers to address the most urgent problems across vaccinations, the naira exchange rate, inflation, and sky-high unemployment, which hovers in the double-digit percentage range.