PMP is the Beginning of Project Management 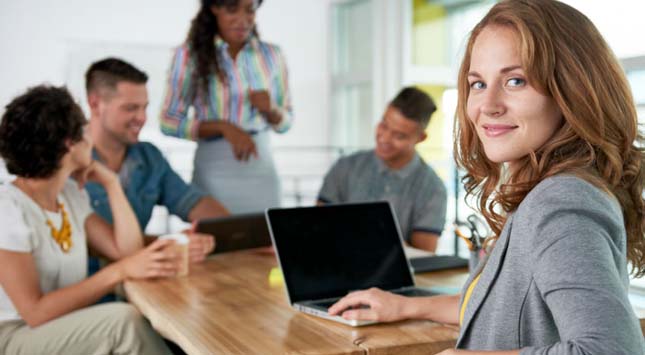 Hello, everyone, I am Dengyu Miao, who took the PMP exam in September of 2019. In fact, I am a student in the SPOTO class. Of course, it’s not the first time I haven’t taken the exam and learned it again. Let’s take a look at my exam results.

I knew something about the PMP exam for 15 years. At that time, I was doing some project work in the machinery industry. I wanted to learn some related project management knowledge, so I searched the Internet for knowledge popularization of project management.

It happened that my leader had already passed the test. He introduced to me: PMP is a Chinese and English test paper. There are 200 questions in the test, and the test fee is also very expensive. Considering the fact that the investment in this exam is too high after graduation, I just got to know it for a while. I bought the fifth edition of PMBok, but I haven’t turned a few pages after four years.

In 18 years, I changed my job to the auto industry, which coincided with the downturn in the auto industry in 19, so I started thinking about increasing my competitiveness to cope with the risk of possible layoffs in the company. It just so happens that project management is also used in the automotive industry. In April 19, I signed up for the SPOTO remote class.

Why would I choose SPOTO? The main reason is that SPOTO is very well-known. The past pass rate has always been among the best in the industry, and its price is reasonable. Of course, SPOTO is selected. During the May Day holiday, I planned to go out to play. I originally quit after half of the class, and then rejoined the class. After that, I followed the rhythm of the class to study and prepare for the exam. I got a 5A certificate at SPOTO.

I’ve talked a little bit earlier, let me share a few questions about PMP that I want to know before signing up.

Regarding the question of whether PMP is useful or not, it really varies from person to person, and it also depends on your industry and job content. The IT industry or foreign-related industries still have requirements for PMP, and project-oriented work in the automotive and related machinery industries is also very important. Of course, some positions clearly require applicants to have PMP certification when recruiting.

Therefore, for PMP certification, it is definitely better than nothing. If you are still a student, don’t take the PMP too blindly. You can first wait and see to understand the relevant knowledge. After all, real project management is not done by the certificate alone. Project experience is the most important.

You May Read: How can You be Successful with PMP?

2. Is the PMP Exam Difficult?

For me, this exam is not difficult. Why do you say that, because I listened to the SPOTO teacher’s lecture very carefully, read the handout several times, and reviewed it several times in accordance with the teacher’s rhythm? The simulation questions must be done in each issue, and the wrong question analysis has also been done accordingly.

The notes, I can reach a higher level-I know the questions I have done when I see them. When I drove before the exam, I played the recording of the teacher’s class. To sum up, if you want to have PMP, you should pay attention to the following points:

1. The whole learning process must be planned, and time must be allocated to carefully listen to the class and do the questions. The lectures of SPOTO teachers are more interesting, and a two-hour course in one night passed quickly. Don’t forget the daily practice after listening to the class, especially the later simulation questions, which are very important and require us to do it seriously.

2. PMP has its own set of thinking, don’t think it’s arrogant. To pass this test, you must first understand the intention of the examiner. The examinee has to follow the intention of the examiner to get points, regardless of how to practice when actually doing the project. Of course, learning PMP is definitely to learn project management knowledge. This is not a conflict. PMP has a systematic project management practice theory. Learning PMP is mainly to learn its system knowledge.

3. As a Chinese, the most fearful thing is the exam. The PMP exam is the same as other exams. The most important thing is to remember two words: Be careful. When doing the question, be sure to grasp the keywords in the question.

It took more than half a year to summarize, so I wrote this article rather messy. No matter it is myself or the world, a lot of things have happened after I finished the PMP exam, such as the new crown and so on. Therefore, the PMP exam is a trivial matter.

Don’t take it too seriously. After passing the PMP exam, project management is just the beginning. If you decide to take the PMP, you must plan your time and focus on doing it well. Finally, I wish every student who takes the PMP test a 5A certificate.

Dealing with Cash Flow Problems in Your Business

In Case of Emergency: 3 Reasons Why Entrepreneurs Should Secure Backup Funding

Launch Your New NFT Marketplace to Shine as a Web3 Business!

How to Prevent Rejected or Reduced Trade Credit Insurance for Businesses?

What is Enterprise Data Management?