What is the Need for Facebook-Web-Browser-Redesign? 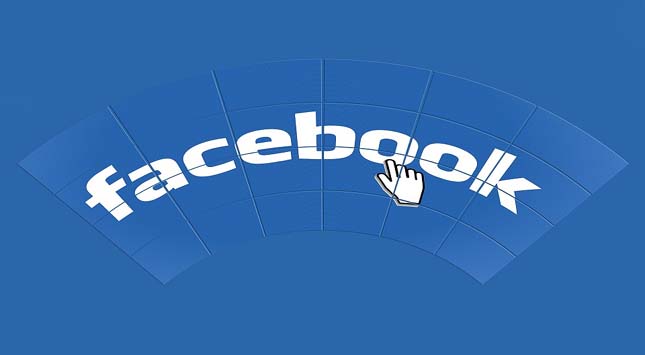 We are going to discuss today an application that needs no introduction – Facebook. The application is available on both website and mobile platforms.

While the mobile application gets various updates from time to time, now Facebook has come up with a new version of the web application.

You might say that the new Facebook or FB5, has the most dramatic changes in it. Generally, we all use Facebook from our mobile devices, but there are still a lot of people who like to use the application from their laptops or PCs, based on the application top-notch accessibility in a web view manner.

Now, there have been a lot of drawbacks complaints regarding the web application of Facebook. For example, the all-white interface was way too bright and stressful for the user, when using continuously. Moreover, the user interface was not very much arranged and needed a lot of changes.

Altogether the previous version of the web interface was a bit clumsy and congested. So, what’s new!

Recently, at the F8 2019 conference, officials of Facebook announced a brand new update for both, its mobile-based and web-based applications. They called it the “new Facebook”.

This new version of Facebook has taken a huge leap in terms of user interface and user interactiveness. The new interface focuses more on the Groups and Event section, which are the two main attributes of the Facebook application. We can say that it has worked hard and incorporated a great web design service.

So, let us see what are the new changes that Facebook has included with their new Facebook update.

From visualization to the user interface, Facebook has changed a lot of things in their new Facebook update. Therefore, without wasting any more time let us see the new updates on the new Facebook

All in White Design

The new all-in-white design is a major visual update. This update has been included in both web and mobile-based applications. The new white design is much cleaner, brighter, and looks more professional. We are sure that you would love the visual experience and would definitely enjoy the videos and pictures posted by your friends.

In case, you do not like way too much brightness on your screen, even if you turn the brightness level of the screen to the minimum point, then the new dark mode is definitely going to impress you.

For many years now, dark mode on every application has been in the trend. So, this time with the new Facebook update, Facebook decided to give a new look to the application by including a Dark Mode option.

The best part of this new Dark Mode feature is that you can switch back and forth between light mode and dark mode anytime you want. Here is how to do it:

Changes in the Layout

The new Facebook still has the old three-column layout:

But, now the placements of the options have been changed in order to make it more user-accessible.

Though the concept of stories arrived a bit late. However, ever since its introduction, it has become one of the most attractive attributes of the Facebook application.

When stories were first included on Facebook, they were placed on the top right corner of the right panel. But, as the popularity of the story feature increased the designing team gave the stories a new section to the Facebook webpage.

That is why when you open Facebook now, the first thing you see is the stories section on the top of the feed. Yes, it is that important now.

The search bar also got updated in the new Facebook version. Now, it looks more like the search bar of Twitter. And, who isn’t familiar with Twitter. So, yeah they kinda look the same, and that is indeed a great update in terms of usage.

The new Facebook has also changed the display interface of personal profiles. Now, your DP will appear in the middle of the description section, followed by a short one-line description section. Below this section there are options present like Timeline, About, Add Friend, Follow and Message.

Now, this is an interesting feature, included by Facebook in their new update. Suppose you opened Facebook from your PC and you visited a page on Facebook. So, now in order to get back to the previous page, you have to click on the Back button on the browser.

Well, the new inbuilt back button will allow you to go back to your feed easily. This feature gives facebook a more web application-like feel instead of regular websites. That is cool!

Here, we are talking about the new Facebook version, but it is not absolutely necessary that every user have to like the new user interface or feed layout. And, in case you also don’t like it then it’s totally okay.

So, for those people, Facebook has included an option to stick to the old traditional interface. But, for how long, this switch is possible is still unknown to us. However, for the time being, you can follow the steps given below.

Here’s is how you can go back to your old Facebook:

That’s it you will be good to go.

Whether you use the application in a classic way or you use the updated version, Facebook has already created the market they wanted to. So, it doesn’t really matter to them. But, all Facebook cares about is the feasibility and ease of use of its users.

The new Facebook update brings a lot of new features and a brand new user interface. Therefore, in case you have not updated your Facebook application or haven’t opened Facebook on your browser, then you are missing out on a lot of things. Go and explore the new Facebook today.

How Do I Get Fast and Affordable CPN Tradeline Packages?

What are the Very Basic Things that you Need to Know about the Concept of Mode?

How Do I Get Fast and Affordable CPN Tradeline Packages?

Implementation of KYC Regulations in Crypto Exchange, Why it is Globally Beneficial?

How to select Health Insurance for Elderly Parents?