The History of Credit Cards 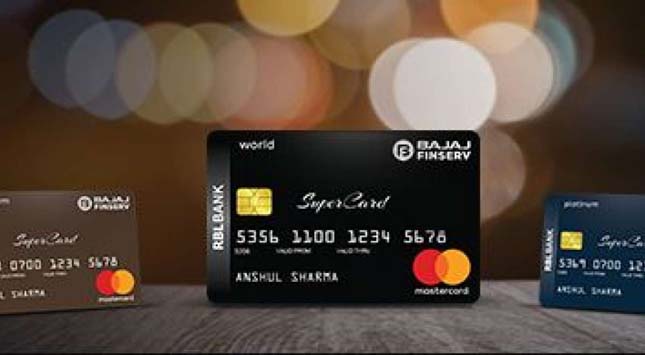 A modern American has about four credit cards. Those handy pieces of plastic are an integral part of life and are mostly used for making purchases, reducing debt, and earning rewards. Credit cards are so popular in some countries that people prefer them to cash.

According to credit card statistics, the credit card processing industry will reach $1.82 in annual volume in the next three years. However, credit cards weren’t always available. If you’re a proud owner, you can learn more about the history of credit cards in this article.

People had purchased items in stores way before any type of credit card was available. They had to know how much money they could spend before shopping. Some also had checkbooks, and they would sign a piece of paper to purchase products.

Somewhere around 1865, department stores began issuing charge coins. These were usually made of celluloid, which was an early type of plastic, or metal such as copper. Charge coins displayed the customer’s identification number and the merchant’s image and were tied to the specific merchant.

In 1882, American Express introduced money orders. They were safer than checks, and people use them to help friends and family financially, pay bills, or make purchases.

In 1891, traveler’s checks came into play and were mostly used abroad. Merchants accepted them because the issuer guaranteed the payment, even if the check was forged. The only prerequisite was that the check had to be signed.

1935 brought charge plates that were in use until the first credit card was established in the 1950s. Similarly to charge coins, these were issued by department stores and oil companies, each card for one merchant. Charge plates were the size of a dog tag. They had the customer’s name, address, and the issuer’s information written on it.

Some say that credit cards were originally used in the 1920s. Back then, oil companies and hotel chains decided to issue them for purchases in their outlet stores.

In 1950, Ralph Schneider and Frank McNamara, the founders of Diners Club, had an idea that one person could shop at multiple merchants with the same card. This was the first “general purpose” charge card.

Diners Club was the first to create a charge card that could be used for various stores. In 1958, Carte Blanche appeared. It was popular worldwide during the 1960s and 70s. Around the 1990s, Diners Club took over again.

Another thing that happened in 1958 was that American Express created its charge cards, but those cards gained credit card features later on. During the same year, Bank of America launched BankAmericard in California. This card was most similar to the credit cards we know today.

You May Read: What is ITIL V4 Foundation Training?

How Did BankAmericard Work?

While American Express and Diners Club worked on developing their credit cards, Bank of America was dabbling in creating the first computer application for the banking industry. This was the technology that Bank of America used to build its first credit card program.

Contrary to the other cards, this credit card wasn’t limited to only restaurants or hotels. With BankAmericard, users could use one card to shop at multiple merchants across industries. It also offered revolving credit, and owners could pay the balance over time. This card was also the foundation for a 25-day grace period and credit and floor limits.

BankAmericard was tested on 60,000 people, and it had immense success. In 1959, the bank made the card available all over California. In 1960, almost a million BankAmericard users and over 30,000 merchants accepted this card as a payment method.

This credit card quickly grew in popularity. By 1968, it had been accepted in 42 states and became affiliated with banks in Canada, Great Britain, Ireland, and Japan. By 1970, more than 100 million credit cards had been issued. In 1976, BankAmericard changed its name to Visa.

With some modifications to prevent fraud, such as magnetic strips and EMV chips, credit cards quickly became a huge part of everyone’s lives. With the first eCommerce companies in the 80s and the fast development of technology, people started using their credit cards for online shopping.

Today, credit cards are a great alternative to cash. They help users pay in multiple currencies, track their transactions, and shop all over the world. Users also enjoy different benefits if they keep their credit score high.

They are also the safest payment method since they’re not linked to the user’s bank account. Owners are protected against fraudulent charges, and they can also receive a notification if the credit card is compromised. The chip technology uses sophisticated encryption methods to keep all the information on the card safe.

You May Read: How to Apply for a Credit Union Business Credit Card?

As soon as the user inserts the card in the terminal, the card reader collects information and uses it for a transaction. Paying with a mobile wallet works the same way. Users can do the same by storing their credit card information on a mobile device.

There’s also an option to add multiple credit cards to one app and boost the rewards. Apple Pay, Google Pay, and Samsung Pay are just some options to consider for mobile phone wallets.

The Future of Credit Cards

Credit cards aren’t going away anytime soon. However, they could be completely replaced by mobile wallets in the future. Mobile wallets are equally secure and more convenient. Mobile phones also have more room for development, while credit cards have remained unchanged for decades.

People will expect high levels of personalization in the future, and this includes credit cards. Gen Zers, in particular, enjoy content based on what they interacted with. Many of them won’t own a car, but they’ll use Uber instead. They won’t shop for groceries, but they’ll opt for home delivery. They’ll use Airbnb more instead of booking hotel rooms.

That’s why there’s no purpose in showing them offers based on the industries. On the other hand, they’ll love offers based on what they’re using. Credit card issuers will have to shift their focus and provide users with what they need to stay competitive.

Being able to buy anything at any moment is liberating for many, and credit cards allow for luxury. People used checks and metal cards with merchant information in the past, only to realize they needed more.

Diners Club, American Express, and Bank of America pushed the envelope. At the time, using one card for multiple merchants was the ultimate goal, and with BankAmericard, people got what they wanted.

Credit cards of today are more secure and can be used in combination with mobile devices. Credit cards of the future are likely to be connected to a wearable device. Regardless of the form, one thing is certain-millions people will keep on using them every day.

How to Apply for a Credit Union Business Credit Card

Which Type of Spending Should Go On a Credit Card?

When Should You Use Your Credit Card?