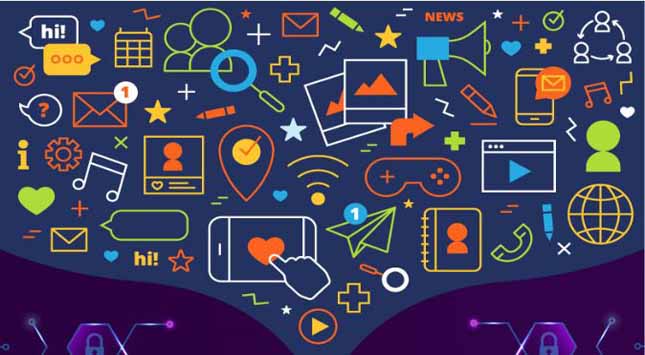 Let us scramble and figure out, what is blockchain technology? And help people understand who is not aware of this term before.

Blockchain technology might sound incredibly simple but it is very complex to understand. This technology has the potential to change our lives in the next 20 years in the same way the internet has changed it in the last 2 decades.

Blockchain technology is nothing but a decentralized database with an immutable timestamp record of data distributed and managed by a cluster of computers. This makes it accessible for anyone at any point in time from any part of the world.

In other words, it is an absolutely decentralized system with no middlemen, this gives more power and authority to people and also increases transparency and security.

These stunning and promising features of blockchain technology are acknowledged by mobile app developers.

All the tech industries and corporate companies have now discerned the capabilities of blockchain as a decentralized database. Apart from being a trustworthy platform by binding to its promises in securing financial transactions and preventing data breaches, blockchain now joined hands with the world of applications.

You May Read: How to Make Money from Facebook

As mobile transactions became a major part of getting power for many businesses, blockchain-based mobile apps are extending their reach and getting more popular day by day.

There are several ways to fuse blockchain in developing mobile applications to enhance the value proposition of a mobile app. Always work smart to see your blockchain application improving over time with valuable feedback from experts regarding performance issues, storage, and memory, latency issues, and regular server crashes.

Click here on the infographic “Blockchain In Mobile Application Market” designed by Acmarket.biz to get detailed information.