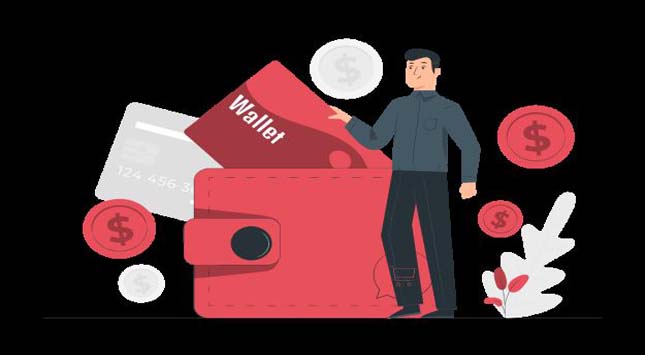 There are many different cryptocurrencies available on the market today, and each one offers its own unique features and benefits. When it comes to smart contracts, however, there are some cryptos your mind might quickly call forth. You might want to think of cryptocurrencies like Ethereum and EOS. But while these two are popular payers in the arena, they are not the only cryptocurrencies with the smart contract feature.

In this post, we will show you some cryptocurrencies with the amazing smart contract feature and which is the best of them all.

Smart Contracts are a Big Deal in the Crypto Space

One of the few things that gives blockchain technology so much power as we see it today is smart contracts. However, smart contracts are still yet to come to their full potential. To be able to come up to expectations and make a significant mark on our day-to-day lives, hence pulling more mainstream adoption, crypto platforms will have to be scalable, faster, more affordable, and more secure.

If you have ever thought about how amazing the emerging decentralized finance (DeFi) industry is, then you would be glad to know that the engine powering that industry is smart contracts. DeFi are the various applications that eradicate the involvement of middlemen in traditional finance.

Smart contracts are also important for decentralized applications (dApps) because these apps are built on smart contract platforms. If you have been wondering if Ethereum is the only smart contracts platform, here are some more smart contracts-enabled crypto platforms you should know about, in no particular order.

Ethereum is often considered the gold standard when it comes to smart contracts. It is the blockchain network to support smart contracts. The platform was specifically designed with smart contracts in mind, and as such, it offers a robust and user-friendly experience.

Ethereum’s smart contracts are also Turing-complete, meaning they can be used to create complex applications. Most DeFi apps today run on the Ethereum blockchain. However, because Ethereum still uses the PoW mechanism, it makes the platform a bit expensive for developers. But Ethereum has promised to address that in its upcoming Ethereum 2.0 upgrade.

Solana is another cryptocurrency with the amazing smart contracts feature. Solana’s approach to smart contract development is unique, and that makes it a great option for developers looking to add smart contracts to their projects.

This means that there are less fees associated with using Solana as your currency, which will make your product cheaper for customers. In addition, because Solana has a high throughput rate, users can send money without having to wait for it to clear first (or pay extra for faster processing).

Another perk about Solana’s smart contracts is that you can write your smart contract in any language you want, including C++, Java, and Python. Then, when you’re ready to execute a smart contract on the blockchain, you can do it with just 1/10th of the energy required to run Ethereum’s Virtual Machine (EVM).

EOS, on the other hand, is a newer platform that is quickly gaining ground in the smart contract space. One of the main advantages of EOS is its scalability; the platform can handle a large number of transactions without running into performance issues. EOS also offers a more user-friendly experience than Ethereum, making it a great choice for those who are new to smart contracts.

Also, EOS is by far the most used smart contract platform – it has more users than all other platforms combined, and its community continues to grow rapidly. It’s become so popular that it’s now an industry standard for developers who want to build dApps on a blockchain!

Cardano is a smart contract platform that is built on top of a blockchain. It is one of the most popular and fastest-growing cryptocurrencies in the world.

Cardano’s goal is to become the next generation smart contract platform, which will allow people to build decentralized applications (dApps) on its blockchain. This makes it one of the most promising cryptocurrencies since it has created an ecosystem that can be used by developers from all over the world to create dApps using their technology.

There are many reasons why Cardano is considered one of the best cryptocurrency platforms for smart contracts. One of them is its unique approach to the development process by using a peer review process for any changes made in code or specifications. This helps prevent bugs from occurring within their codebase, which could lead to security vulnerabilities or other issues with their software development process.

The developers of Polkadot have stated that one of their main goals is to make smart contracts easier to use. This means that it will be more user-friendly than other cryptocurrencies that are currently available. Polkadot also has some other great features, including:

NEO is a China-based blockchain platform, and it’s one of the most popular smart contract platforms out there. It was first launched in 2014 and has been gaining traction ever since. It’s also known as “Chinese Ethereum” because it has a lot of similarities with Ethereum, including its use case, functionality, and even its aesthetic design.

NEO uses digital identity to digitize assets like real estate or cars so that they can easily be traded on the blockchain infrastructure without having to worry about fraud or theft. The NEO team is hoping that this will allow for more efficiency in business transactions by using smart contracts instead of human middlemen who would normally perform tasks such as verifying authenticity or transferring ownership from one person to another.

Ergo is a cryptocurrency that uses smart contracts to ensure security and transparency. Ergo’s blockchain is built on the Ethereum protocol, which means it has the benefit of being able to use the same tools and benefits as Ethereum. Ergo also supports smart contracts, which allow users to create automated transactions and agreements between parties.

Ethereum Has the Most Advanced and Most Used Smart Contracts.

Ethereum allows developers to write their own decentralized applications (dApps) using Solidity, a programming language that enables them to build out their own blockchain-based applications without having any prior experience in coding or blockchain technology.

This makes it much easier for newcomers to get involved in this space because they don’t need any technical knowledge. They just need enough knowledge about how cryptocurrencies work so they can understand what Ethereum does differently from Bitcoin or another altcoin.