Environmental Myths About Cryptocurrency. Is Bitcoin Getting “Greener”? 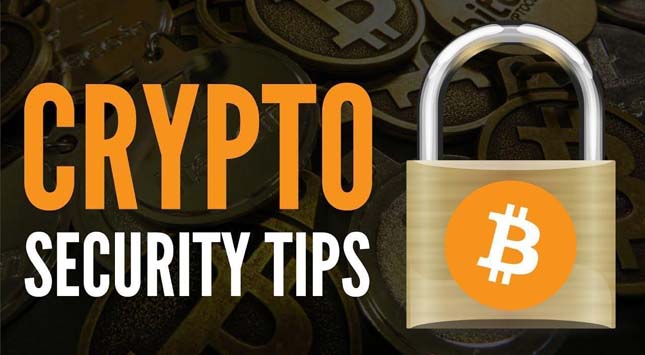 Are you considering investing in BTC? The world’s largest cryptocurrency has gained in value since the start of the pandemic in 2019. This is the reason why well-known investors such as Tesla co-founder Elon Musk have increased interest in this type of payment tool.

In February, the owner of the world’s largest automaker said about invested $1.5 billion in Bitcoin. Of course, such transactions had a significant impact on market dynamics.

Bitcoins and Litecoins will soon become the basic financial instruments for many regions. Experts assure that in the next 3-6 years investments in this industry can grow 5 times. This is confirmed by analytics, reports, and charts. But not everyone is so optimistic.

This is because thousands of people are baffled by the environmental pollution caused by the popularization of mining. Let’s take a closer look at this.

In 2011, people could win bitcoin bingo with a standard PC or laptop. This is because the interest in blockchain was not that global and the starting price was quite affordable. Over the past 10 years, the requirements have changed. This applies to both the principles of transactions and the rules for opening accounts.

Nowadays, miners have to invest in rent warehouses filled with specialized equipment. We are talking about not the cheapest servers. When choosing such equipment, people should be scrupulous, because the efficiency of mining depends on its performance.

Each novice investor must calculate the costs and potential profits. But this is not the only thing that people should pay attention to. All environmental factors are also important. This is because the US, Germany, and some EU countries are very uncompromising in this regard.

We are talking not only about environmental pollution but also about the fact that global trends in energy efficiency can cause an increase in energy prices.

You May Read: Things to Know Before You Buy USDT

Many potential crypto investors consider the environmental impact and other possible disadvantages of blockchain technologies. This is because people want to minimize the risks associated with the environmental regulatory policies of some states. More and more stakeholders want to use an ecologically clean type of bitcoin. They are trying to generate less energy-consuming coins.

This greatly influences the competition in the market, forcing developers to offer more and more new, more perfect ideas. So what happens when these institutions get their way? Our experts tried to find out the prospects for eco-friendly mining.

Some experts argue that big business can make Bitcoin green. This is a task for the next 3-7 years. Yves Bennaim, the owner of Swis, says that when investors like Tesla raise prices, there will be promising prospects. This means that the market will develop more intensively.

However, today it is difficult to pinpoint exactly which miners prefer renewable sources. So, such a prospect is possible and it is worth investing in new startups, but the profit from this is likely to be long-term. But if the company has free capital, it should be done precisely in the post-crisis period.

Since most of the expenses come from the electricity to run the devices, people choose the less developed regions. Energy consumption is a real challenge for Bitcoin enthusiasts. Thousands of miners around the world are looking for regions with low electricity costs.

Often such they choose Mexico, African countries, Latin America. Mining farms that are being built in such countries are the reasons for the increase in demand for electricity. This means that blockchain drives economic development. Is that so? Let’s figure it out.

In 2019, criminals stole $ 4.3 billion in cryptocurrency. This means that the blockchain is not perfect, and such financial tools like Bitcoin or Litecoin need to be improved. According to CipherTrace, the number of digital money thefts increased by 150% compared to 2018.

It’s about 2,600% in two years. Such negative factors affect the investment climate. So, developers have to work hard to make payment chains less vulnerable. But this is not the only factor holding back the flow of investment.

Many startups prefer Proof-of-Stake for securing blockchains. Several platforms such as Tezos and Cosmos keep success with this model. But integrated PoS does not mean that it is realistic for crypto coins to adopt a new standard in terms of energy consumption. This is because each of the projects is specific in its own way and is based on an algorithm that is not so easy to change.

It’s worth considering why companies demand greener forms of coins. Experts say that there are two main reasons for this trend. First, every miner tries to anticipate standards. Due to economic regulations, many developed countries will have to decarbonize their infrastructure.

Of course, it causes challenges. The seriousness of such intentions is confirmed by the top leadership of many states. US President has made such change the main challenge. As part of the upcoming law on infrastructure, the leader of the largest country promises carbon-free energy by 2035.

How Mining Affects the Economies of Some Countries

In a recent conference on CoinDesk TV, Kevin O’Leary said that only 11% of companies that want to invest in crypto coins do so. It is mainly due to governance uncertainty.

However, this does not mean that there is no positive impact from the introduction of digital currency. You don’t even have to be an expert to capture expectations. There are many examples around the world where rural people get riched from mining.

In Congo, miners have access to cheap energy from an EU-funded hydroelectric power station. People are ready to move everywhere in search of cheap energy. Such activities cause an increase in the profitability of oil production in Siberia.

The same goes for drilling in Texas. New buyers for cheap Australian coal have been found thanks to blockchain. These are just a few examples that prove the usefulness of mining. Although this of course has nothing to do with improving the environment.

Blockchain is a slowly evolving but adaptable financial system that is heading towards mass acceptance. People may have different ideas about what BTC is and how the circulating currency should be integrated into our lives, but it is hardly advisable to deny the advantages of this innovative tool.

Big business owners have been interested in blockchain projects for a long time. But they are still reluctant to invest in ICOs, which are associated with high risks, including those associated with environmental friendliness.

Share
Facebook
Twitter
Pinterest
WhatsApp
Linkedin
Email
Previous article
The 10 Most Fascinating Bitcoin Facts You Probably Didn’t Know About
Next article
Your Wallet May Not Be as Secure as You Think; Here’s What to Do
More from MoneyVisual
Cryptocurrency