A Future with Bitcoin: 5 Investment and Mining Tips 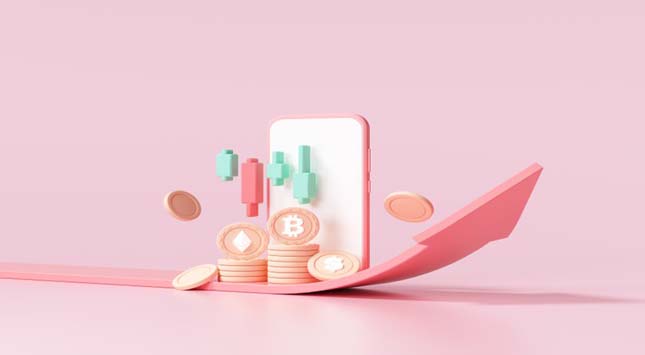 You have probably heard the term “cryptocurrency” more often. As most of us know, cryptocurrency is a digital currency or simply a kind of money that solely exists on the internet. And the best example of crypto is Bitcoin.

This digital currency is part of a crypto market and cryptocurrency wallets. Transactions with the cryptocurrency market require encryption techniques to protect the source.

Bitcoin is one of the most popular cryptocurrencies that are digital mediums of exchange that exist only on the internet.

It runs on a computer network that is a decentralized or distributed ledger that tracks transactions in the cryptocurrency and is powered by a blockchain. New bitcoins are created or mined when computers on the network have verified and processed transactions.

You May Read: Buy Dogecoin in Canada with Coinberry

How Does Bitcoin Mining Work?

Mining is when new bitcoins are entered into circulation; it is done using complicated hardware that solves a highly complex computational math problem. The first computer to find to solve the problem is awarded the next block of bitcoins, and the process begins again. 6.25 bitcoins will be received as a reward once a miner successfully adds a new block to the blockchain.

The reward amount from the successful transaction is cut in half roughly every four years or every 210,000 blocks. Through this, one can earn cryptocurrency without putting down money for it. But since the price of bitcoin has been highly volatile, it is difficult or impossible for miners to know the amount of payment whenever they receive it.

Recently, crypto experts and fintech panelists foresee that bitcoin price prediction 2050 will be the dominant form of global finance by the said year. In a survey, 29% of the experts believed that it would happen as early as the year 2035. But on the other hand, hyper bitcoinization will never occur as predicted by 44% of the experts.

The survey also stated that Bitcoin will become the currency of choice in developing nations within ten years. And by the end of this year, Bitcoin’s value may reach US$66,284, although they expect the price to fall to US$25,112 in the short term before it recovers.

Understandably, interest in mining has picked up since prices of cryptocurrencies, especially Bitcoin, have skyrocketed in recent years. But the prospects for Bitcoin mining are not suitable for most people due to its complex nature and high costs.

You May Read: Success of Your Loan Application

Tips on Mining and Investing with Bitcoin

Bitcoin mining could be a brilliant opportunity for digital coin makers, but it clearly demands adequate infrastructure to work accordingly. Bitcoin mining sounds appealing, but the reality is that it is difficult and expensive to do profitably.

The unstable nature of Bitcoin’s price adds more uncertainty to the equation. Due to the high equipment costs and the ongoing electricity costs, even if Bitcoin miners are successful, it is not 100% sure that their efforts will be profitable.

Remember that Bitcoin itself is a speculative asset with no intrinsic value, which means it will not produce anything for its owner. The return is based on selling it at a higher price to someone else, and that price may not be good enough for you to earn a profit.

The Impact of Blockchain on Business Success

5 Things to Know Before You Buy USDT

How to Calculate Your Crypto Trading Profit and Loss

4 Reasons Why Haven Protocol is Worth Checking Out

8 Ways How Bitcoin can Affect the Civil Sector of Dubai

How Food Processing Plants are Improving Sustainability, Savings, and Safety