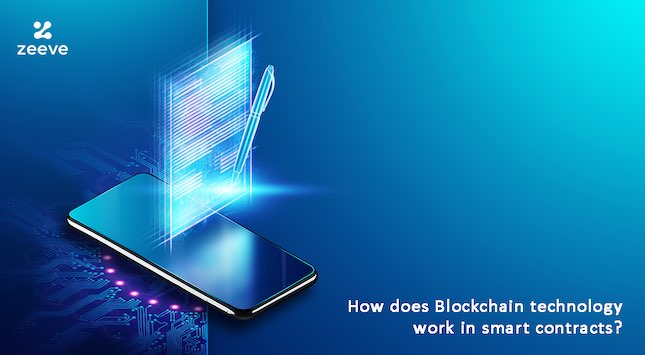 Apart from enhancing performance, they also allow various applications to function more smoothly. For example: BNB chain is a blockchain network by Binance and BNB chain node network is designed for deploying smart contracts that further aims to provide developers to make dApps and handle other digital assets with efficiency.

As blockchain technology continues to evolve, so does its use in smart contracts. But what exactly are smart contracts? How do smart contracts work with blockchain? And what are some of the advantages enterprises and blockchain adopters can leverage from them? In this blog post, we’ll explore all of those questions and more. Keep reading to learn more!

What is a Smart Contract?

Smart contracts are a way to create and execute an agreement between two or more people in the form of computer code. They can be stored on public databases, which means they’re verified by everyone else using this technology – but you don’t need their permission! Automated transactions take place within these networks without any human intervention whatsoever; everything gets processed automatically once it’s been agreed upon. Therefore, there is no one to falsify the transaction.

Self-executable contracts in which the details of the buyer-seller agreement are written in code are smart contracts. Nick S. – a computer scientist and designer of Bit Gold in 1998, described smart contracts as automated transaction protocols that keep up with contract standards. This results in the smooth functioning of the entire process.

In the smart contracts, there is no need for middlemen to execute as a program code of a synthetic contract is verified by all the participants in the blockchain network. Elimination of the middleman from the contract helps to reduce the costs of the parties.

Smart Contracts Based on Blockchain Technology

Smart contracts are a way to execute agreements and transactions without the need for intermediaries. They’re primarily based on blockchain, which is what enables them to keep track of everything that’s happening in terms among different computers around it so no one party can truthfully say they haven’t been properly compensated after completion. Therefore, the network is less vulnerable to potential issues or attacks.

Blockchains are generally not altered within a central database on any machine. One block is generated for each transaction, and a set of blocks is called a chain. Blocks are generated in the order they’re received, and new blocks are generated only when the previous one is complete. They are checked chronologically, and one block contains an encrypted crypto.

The deal is executed when a condition is fulfilled. Because smart contracts operate completely digitally and autonomously, there is no paper, and no time was wasted correcting errors that can occur when using hand-written documentation.

There is nothing to worry about, as there’s no room for tampering. The case of information being tampered with for personal gain is tackled effectively when using smart contracts because there’s no third party involved in the transaction and encrypted transaction logs are created between blockchain participants. Security because blockchain transaction logs are created with encryption, they make hacking extremely difficult. Furthermore, as every entry on a ledger is linked to the entries before thus it is extremely hard to change a ledger entry.

Instead of intermediaries, smart contracts eliminate middlemen and the time and fees they cause.

How Do Smart Contracts Work?

A blockchain stores the code for the executable operation and is distributed between participants. All the computers in the network then run and execute the code. If a term of the contract is satisfied and is verified by all network participants then the transaction occurs.

When is the Right Time to Purchase Bitcoin?