What is Blockchain and How does it Work? 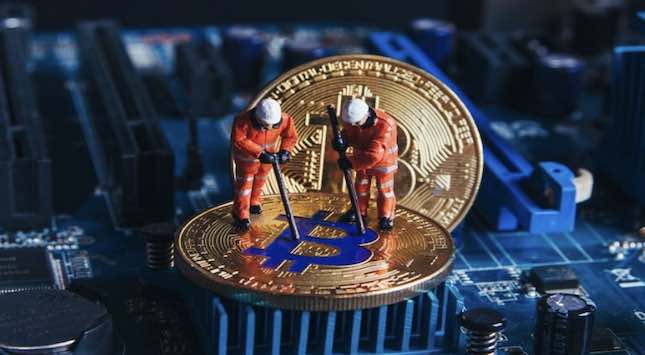 Cryptocurrency is the future that is destined to change the financial world in the coming years. If not too late, it has already started to transform our financial services.

If you are a beginner or a pro-crypto investor or trader, you surely have heard about blockchain. Blockchain is the foundation of the world’s most successful cryptocurrencies, like Bitcoin and Ethereum.

Keeping the technicalities aside, a blockchain is a decentralized and shared database that is used to store data in a structured way. It is just like any other database. The main difference is its security and decentralized features.

Cryptocurrency revived the use of Blockchain technology with the launch of Bitcoin. Now, Blockchain Marketing is finding its use in other sectors like food, health care systems, real estate, supply chains, and voting processes.

With the increase in the usage of Blockchain in every sector, it has become more important than ever to understand its concept.

Blockchain is a distributed ledger technology (DLT) that is used to record data in blocks. These blocks are then chained in chronological order and secured by hashes that make it impossible for anyone to hack or edit the data.

Blockchain isn’t a new invention. It was first invented in 1998 to timestamp digital documents. The goal was to make it restrict people to backdate the documents.

It remained a hidden treasure until 2009, when Satoshi Nakamoto used it to create the world’s first cryptocurrency, Bitcoin.

Blockchain stores data in digital format. Data recorded on the blockchain is immutable. It means that no one can edit or make changes in the data of any block. Even if someone hacks into the system and tried to edit the data, it automatically corrects itself.

Unlike other databases, Blockchain isn’t tied to one location. Being a DLT, it is shared and controlled by several computers all over the world. These computers on the blockchain network are called nodes.

Blockchain can record any type of data like cryptocurrency transactions, NFT ownerships, Defi, smart contracts, and many more. It has made it possible to track account numbers, transactions, productions, and payments.

You May Read: Things You Can Buy with Cryptocurrency

Blockchain is a type of database that stores data in blocks that are chained in chronological order. Blockchain is accessible to everyone and anyone.

Take the blockchain network as a network of brick blocks that contain some data. In the case of cryptocurrency, Blockchain stores the data of the senders’ and receivers’ private keys and amounts.

Blockchain stores data in groups called Blocks. When one block is filled, it is chained to its previous block. Then, a new block is mined, which continues to store the data.

There are three elements of a block:

Hash is the unique id or the fingerprint of a block. Once a block is created its hash starts to get calculated. Any changes to the block simultaneously change the hash.

The block also stores the hash of its immediate previous block. This is how the blocks are chained together in chronological order.

Hashes also ensure the security of the blockchain network. The process of formation of new blocks and their linking with their previous block is what makes the network secure.

To understand let’s take an example:

There are two blocks: Block A and Block B

Block A is the genesis Block which means it is the first block of the Blockchain network. Block B follows after Block A, which stores some data, its own hash, and the hash of Block A.

Block A begins to store the data. Simultaneously, its hash is also being calculated. Once Block A is full, a new block that is Block B is formed.

When Block B will reach its capacity, again a new Block will be formed. The new block will store the hash of Block B, its own hash, and data.

This is how the process of storing data continues on the Blockchain network.

Now if someone alters the data of Block A, its hash will also change. Moreover, this new hash of Block A will not match the originally recorded hash of Block A in Block B. This is where the real mechanism comes into being.

The computer quickly calculates and matches the new altered hash of Block A with all the blocks and hashes. When it finds an error, it automatically corrects itself. Thus, preventing data altercation or hacking.

You May Read: How Does Blockchain Technology Work?

How is Blockchain Decentralized and Secure?

In the case of Bitcoin, Blockchain is used to record all Bitcoin transactions in a transparent and decentralized way. This ensures that no single person or group has control over it. Rather all the users exercise control.

Moreover, anyone with access to personal nodes or Bitcoin explorers can view the live transactions occurring. However, only the private keys are visible. There is no way to identify the person with a private key.

This makes the Bitcoin network transparent as well as anonymous.

The Bitcoin Blockchain network is secure as the nodes cross-refer to each other in case of any change in the data. If there is an error in the data of one node, it will refer to other nodes to correct itself.

Let’s assume a hacker has access to a node and decides to hack and steal everyone’s crypto. The moment he changes the data in his node, it will no longer match with the copy of other nodes. When everyone matches their copies to him, the hackers’ copies will stand out. The system will then discard his version of the chain and stamp it as invalid.

Therefore, no one can hack or alter the data of a single node, making the whole system secure and immutable.

The use of blockchain is not limited to cryptocurrencies. Companies like Walmart, AIG, Pfizer, Siemens, Uniliver, and many others have started adopting Blockchain to simplify their processes. ModiCoin is a new platform coming up in the crypto industry to create a transparent and reliable investing environment.

IBM has developed a Food Trust Blockchain to track the journey of food products from the factories to their destined locations.

Blockchain is a decentralized, transparent, secure, and irreversible digital ledger. It is one of the fascinating inventions that will revolutionize finance, business, and other sectors completely.