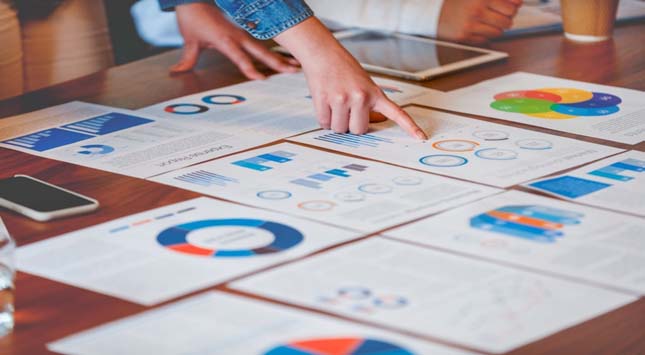 Trigonometric identities are utilised in various fields of work, like stringed musical instruments, engineering fields, and other scientific specialisations.

So take a look at the definition of Trigonometrybefore understanding the concept of finding angles.

In trigonometry, students are required to understand the ratios of sides of a right triangle. This can be used to determine the angle measurement. The most fundamental trigonometric terms comprise cosine and sin. Every trigonometric formula requires students to know the relationships among cosine, secant, sine, tangent, cotangent, and cosecant.

You May Read: Introduction to Million Billion Lakhs Crore Conversion

The Formula for Finding Angles

Before we learn the formulas to find angles, let us rectify the situations where we may have to use these formulas. There are various formulas for finding angles according to the available data.

The trigonometric identities and functions are derived by utilising the right-angled triangle. When the base side and height of the right triangle are identified, we can find out the secant, cosecant, cotangent, sine, cosine, and tangent values using trigonometric formulas. These are:

Periodicity identities or formulas are used to shift the angles by π, π2, and2π.

Further, we can conveniently derive degrees in 0, 30, 45, 60, 90, 180, 270, and 360 degrees. The trigonometric table shown below defines each value of trigonometric ratios in an easily understandable way.

These are the basic angles that we use while computing trigonometric problems. Hence, we suggest students memorise all values of trigonometric ratios (tangent, sine, and cosine) for these angles to ensure quick calculations.

Completing a full cycle in an x-y plane means a full circle is constructed if we begin the cycle from 0 degrees and end at 360 degrees. One full cycle resembles a unit circle as well. After that, if we continue, then the angles reach over the limit of 360°.

We’ve got numerous formulas in the higher classes that somewhat prove to be difficult to remember. No worries, here are a few steps that will help you to remember them:

Now we’ve covered all the Trigonometry formulas in our article. We hope it helps. If you think you’ve got any suggestions, just let us know.

We wish you rock your exams, but before that, keep this thing in mind, education demands dedication, and if you’ve indeed got it, success is all yours.