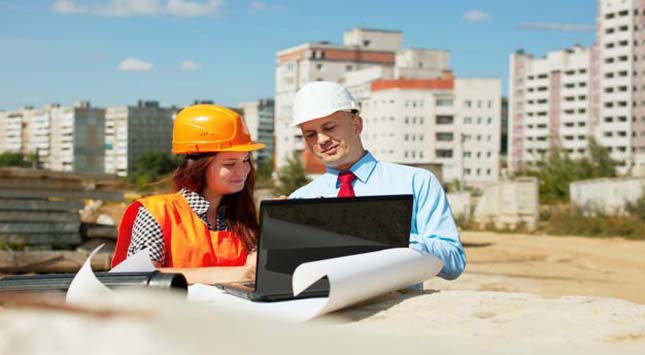 Engineering work can be highly rewarding and interesting if you pick the right sector – plus could see yourself earning top dollar in the most in-demand jobs. Moreover, in an increasingly uncertain world with significantly decreasing job security, the engineering industry remains buoyant and could offer that much-needed career stability now and in the years to come.

Training to be an Engineer

As mentioned above, the term ‘engineering‘ acts as a wide umbrella title for a plethora of much more specific jobs across hugely diverse industries. For this reason, if you want to break into the engineering industry, you would be well-advised to think carefully about the specific sector that interests you most and where you hope to find employment.

Choosing the wrong area of study will mean you’ll almost always find additional training that will be required to move from one sector to another. For example, even if you’ve trained in electrical engineering, you won’t be able to make a seemingly sideways move into a chemical engineer role without earning further qualifications.

Also, while money is only just one small part of a job, it’s nonetheless important to most people – plus, a higher wage packet tends to reflect those roles that are in highest demand. Selecting the right area of study at the outset should mean a larger range of employment options and greater job security moving forward.

The Value of Additional Training

It’s worth remembering that, while the list below details the highest-paying individual roles in engineering, often by having additional training, you could increase your worth to an employer. Better yet, in today’s connected, web-driven world, taking additional study has never been easier.

These days there is a wealth of online courses that can be taken in your own time, at your own pace, and that cost significantly less than traditional physical, in-person training at a college or university. Also, with today’s connected devices, you could study from virtually anywhere, saving the costs and hassles of attending in person.

Undertaking a course in a linked discipline could massively increase your employability and make you a more valued member of an employer’s team – in turn leading to higher wages and better career prospects for progression.

For example, studying an additional qualification like the masters in engineering management online program will help you climb the ladder quicker in most companies as well as improve your overall management skills.

The Highest-Paying Jobs in Engineering

Whether you’re just out of high school and are looking to study engineering to gain your first job or already work in the industry and perhaps would like to earn more, below is a list of the current highest-paying jobs in engineering – along with details of associated typical work roles and responsibilities.

As you would expect, positions that earn the most also tend to hold the highest value with employers – meaning training to work in these jobs should also increase your levels of job security. Also, as discussed earlier, it’s worth noting the diversity of industries in which these roles can be found, thereby again maximizing your options.

You May Read: What to Expect from a Career as a Courier?

Take a Job as an Aerospace Engineer

As with most engineering jobs, the clue is in the title, and aerospace engineers work – somewhat unsurprisingly – in the aviation industry. With so much focus these days being put on carbon footprints and operating in the most environmentally-friendly way possible, the aerospace industry is coming under increasing pressure to clean up its act and find ways to reduce the significant pollution caused by flying people and cargo.

Working in this industry can be highly rewarding and can command a suitably impressive salary too. To break into this role, you’ll need a relevant qualification at Bachelor’s level. Most aerospace engineers will have studied advanced mathematics, computer programming, physics, chemistry, or other related qualification essential to the role.

Work as a Computer Hardware Engineer

When it comes to tech and computers, most people tend to think in terms of software and apps when they value the worth of their devices. However, you should spare a thought for the technology that powers these gadgets in the first place.

Computer engineers are responsible for designing, testing, and producing the tech we know, love, and rely on in our everyday lives. In today’s device-driven world, computer engineers remain in high demand, and, with the emergence of technologies like the Internet of Things (IoT), it seems highly unlikely the world’s thirst for increasingly smaller, more intelligent, connected devices is going to slow anytime soon.

As a computer engineer, you will work on the ‘nuts and bolts’ of cutting-edge tech, designing and testing anything from screens to system boards, memory, storage units, and processors.

Find a Job in Nuclear Engineering

While it’s true the world is definitely on the path towards greener, more sustainable forms of energy, a job in nuclear engineering should provide career stability in the short term, at least. Indeed, nuclear energy is commonly regarded as the ideal halfway-house transitional source of power as we move to more environmentally-friendly forms of energy and is still much cleaner than the likes of coal, gas, or oil – plus, it’s considerably more efficient too.

Working as a nuclear engineer, you will be tasked with finding more effective ways to harness the tremendous power and benefits attainable from radioactive materials.

As you might expect, considering the dangers that are inherent in working and dealing with radioactive substances, employers will look for the highest trained professionals to work in this sector. As a result, in most cases, you’ll need a minimum of a Bachelor’s degree – but in many cases, you’ll be expected to be educated to a masters or even Ph.D. level.

Electronics and electrical engineers are in huge demand across a massive variety of seemingly unrelated industries – anything from car design and production to building work, smartphone development, and the production of home appliances like microwaves and cookers.

As tech and computers increasingly make inroads into more and more of our everyday tools, appliances, and gadgets, so the importance of electrical and electronic engineers will increase from the perspective of design, production, and maintenance (to name but a few areas). Today’s devices are getting smarter – and more connected – and the burgeoning growth of the IoT (mentioned above) will only continue to grow this trend.

Taking a job in electrical and electronics engineering should bring you considerable job satisfaction, career stability, and a handsome wage all combined. The role also offers a huge range of different (although ultimately similar) career paths in an equally diverse variety of sectors.

Work in the Construction Industry

If you want to reach the higher end of the pay scale, you should think about taking additional training to break into the management side of construction. A base engineering degree in a relevant discipline will help you get into the industry, but the highest-paying jobs with the greatest responsibility come with managerial positions.

The green movement and the drive for better energy use and increasing construction efficiency through more climate-friendly materials should mean this role remains in demand for some time to come yet – plus, it should help future-proof your employment prospects while guaranteeing a good wage.

Geological engineers specialize in extracting materials from the earth. While oil and gas might most readily come to mind as specialist areas for this role, the industry relies on a massive range of substances that are held underground for a huge diversity of our everyday devices – anything from stone to gems, gold, and clay.

As a geological engineer, you will be responsible for finding the most effective and efficient ways to extract these materials – for example, by designing mines, overseeing and managing projects, and preparing reports for your bosses.

Work in the Materials Engineering Sector

Manufacturers are always on a constant journey trying to improve their products – whether that be through finding stronger, lighter elements or discovering ways to cut production costs without sacrificing quality.

One word of caution – while career stability in this sector is virtually assured, with the increase in computer modeling, analysis, and so-called Non-Destructive Testing (NDT), you would be well-advised to also take a course in computer simulation tech.