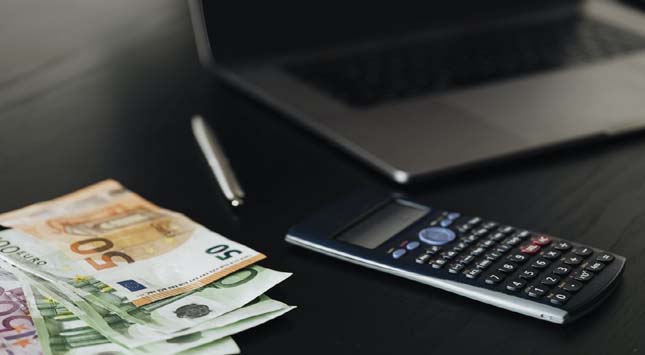 The article is developed in partnership with BetterHelp.

Do you believe that combining money and marriage is a prescription for failure? You’re not the only one. After infidelity, money is the most contentious topic that separates married couples, so it’s no surprise that it’s the second reason of divorce. When we discuss money in any form of relationship, there is likely to be a certain amount of irritation and tension that ensues.

Whatever your feelings for your spouse, integrating your life can be a rocky, but wonderful, ride no matter how much you cherish each other. In the end, you both have diverse life experiences, and your perceptions and internalizations of those events are likely to be quite different. As a result, your opinions on money can be very different from one another at times.

The following are a few suggestions for couples who are just getting started with money issues in their relationship, or who have been trying to work it out for some time.

Don’t Put Yourself in a Position to Fail

It costs approximately three times as much to be married in New York City than it does everywhere else in the country. Most newlyweds can’t afford to pay in cash, so they end up taking out loans to pay for this one-day event. On top of student loan and credit card debt, many young couples face this dilemma. To put it simply, they’re already in financial peril from the start.

For those on a tight budget, it’s best to do something more modest or find various ways to reduce the cost of the wedding so that the major bash may be saved for the couple’s fifth or tenth wedding anniversary when finances have improved.

Be Honest About Your Financial Demons

Regardless matter how uncomfortable it may be, experts believe that revealing your financial condition to your fiancé before you get married is a requirement. If you have debts, loans, income streams or other financial assets or commitments to mention at this point, do so now! In the event that you are already married and have yet to reveal this information, now is the moment.

Alimony and child support payments, as well as financial support for elderly parents and children that you anticipate to offer in the future, should be taken care of as soon as possible if you’re married to someone for the second or third time. This can be tough to do on your own, and can cause issues in relationships. If you’re running into these issues, check out some of the articles from BetterHelp regarding couple’s counseling.

Consider Your Partner’s Views on Money

Many arguments between spouses that appear to be over money are actually over something else. It’s actually a clash of temperaments that’s at play here.

An argument over money could stem from the fact that one spouse is spending more than they can afford, but the true issue may be a more profound one, such as a real worry of not being able to pay their expenses at some point in the future.

Be sure to know how your spouse perceives money and how they were raised in regards to money. Are their parents thrifty or splurge-loving? Did you keep a tight rein on your spending? Was it normal for your parents to bring up the subject of money? What’s the worst thing that may happen to your partner’s finances? A couple’s financial habits will be shaped by how each partner handles money in the present.

Work as a Team

People’s financial goals and priorities frequently fluctuate as a result of the events of daily life. When couples fail to check in with one other to see if they’re still on the same page, things might go awry.

Every year, no matter where a couple finds themselves on the financial spectrum, it’s a good idea for them to get down and talk about their goals, such as buying a vacation property, paying off debt, or increasing their retirement savings.

Couples who only have one source of income need to make sure their goals are in sync. Non-working spouses may feel bad about not contributing financially, or working spouses may feel dissatisfied that the money they earn isn’t being wisely invested. It is critical that both partners are focused on the same end result. Having a partner who isn’t employed but does something on the side to make a little more cash can be beneficial as well. No matter how much money your spouse makes, they will feel more in control once they start working for themselves.

A Budget is Essential

You must have a household budget. There is no other way to put it. According to a Gallup poll, just about a third of individuals have one, making it the best way to keep track of your money.

As laborious as budgeting may appear at first, having one can have a number of advantages, including minimizing the conflict that occurs when one or both partners don’t know where their money is being spent.

With the advent of internet tools and apps that track your accounts and expenditure, budgeting has become a lot easier. These applications allow you to build a budget and continuously track your accounts and transactions so that you can understand how you’re advancing towards your financial goal. Additionally, they classify your purchases so that you can see where your money is going. As there are several excellent programs out there, it’s worth checking into which one best suits your needs.

Give Each Other Some Space

Confronting your spouse about every purchase you make may be quite isolating, especially if your partner isn’t on board with it. As a result, a number of specialists recommend that married couples each have a separate budget for spending on personal indulgences.

Fun money should be added to the family’s monthly budget.

These resources are theirs to do with as they want, and partners are under no need to check back with one another on how they spent them each month.

As long as both partners are aware that they are responsible for adhering to their financial plan.