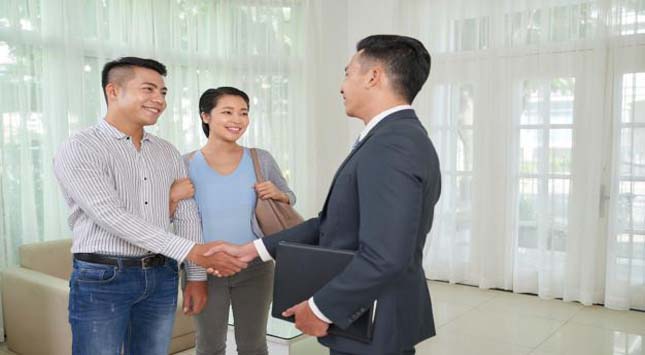 When you file an insurance claim, you have to go through a long process of inspection, negotiation, and other stuff to reach a settlement with the insurance company.

This isn’t an easy process at all, and during the whole process, the insurance company will try their best to settle for as little amount as possible, and not provide you the fair amount you deserve.

That’s why to win against the insurance company in the claiming process, you need help from professionals, and independent public adjusters can provide you with this help.

What Do Public Adjusters Do?

A public insurance adjuster will evaluate the claim you have made based on your policy. They will help you to properly measure the value of the property that has been damaged or lost. They will handle the complete negotiation on your behalf of you and take the burden of the negotiation and settlement process off your shoulder.

During a crisis, you might have to take care of your family and many other responsibilities such as restoring things back to normal and others. And public adjusters give you the freedom by taking the insurance matters into their hands.

Public adjusters negotiate with the insurance company on your behalf and try to bring out the best possible outcome for you, and make sure that you get what you deserve.

The insurance company might create different barriers before your claim by bringing out various loopholes and clauses and trying to deny giving you your expected amount. Being a trained professional, your hired public adjuster will tackle those problems and try their best to provide you with a win out of this.

Overall, surveying your losses or damages, reviewing your claim, then submitting that to the insurance company, and then negotiating with them for a better settlement on your behalf are the things a public adjuster does.

When Should You Hire a Public Adjuster?

So, when they will inspect the damages and measure their value, they will try to keep things as minimum as possible. To prevent that from happening, you got to hire your own adjuster, who will have your own best interest at heart and will do everything on your behalf properly.

So it is best to hire an adjuster at the very beginning of the claiming process, not in the middle when you’re finding it difficult to get your claimed amount and the company is denying you a proper settlement. But if you miss out on first and later find it tough to go on with negotiations without an adjuster, you can hire them anytime.

How Do the Adjusters Make Money from Settlements or, How Much They Charge?

A public adjuster can charge in many ways for their services. They can charge an hourly rate, a direct flat rate, or the one that is more commonly practiced with contingency fees. Before you get into an agreement with your public adjuster, you need to settle a way of payment and the fee with them.

They will tell you upfront about their rates and payment method, and a contract will be signed based on that. Public adjuster fees and methods are generally fixed at the state level. And most states have rules on how much a public adjuster can charge and the way it will be charged.

If the insurance claim is large but really simple, and the outcome is clearly known, then the adjuster might go for a flat rate while charging you. You will have to pay a flat amount for the entire process, but you’ll need to make sure what the fee covers so that additional costs don’t come up later. You should have an agreement on the fee before signing the contract.

This is a very rare way of charging public adjusters for their services, only some of them practice this method. This rate depends on your state rules, the expertise and experience of the adjuster, the type of your insurance policy, their operating cost, etc. The experienced ones know how many hours it will take to settle the claim and charge you accordingly.

This method of payment is the most popular one among both public adjusters and policyholders. You won’t have to pay the adjuster any direct fee in this method; instead, they will get a percentage of the overall payout from your insurance. The rate of the charge varies from state to state and from adjuster to adjuster. Most adjusters tend to charge between 5% to 15% of the overall settlement. However, the rate can regress afterward if the amount of claimed money increases.

When Does An Adjuster Get Paid?

You’ll typically have to pay the public adjuster when you have come to an agreement about the settlement with your insurance company. The insurance company will present its final offer to you after a series of negotiations, and then you can either accept that offer or push for further negotiations to get better compensation.

In the contingency fee process, after you’re accepting the final offer, the public adjuster will get paid based on the pre-arranged rate from the final settlement. You won’t have to pay anything until you receive the final amount of money from the insurance company, and after that, they get paid based on your agreement.

Whenever you hire a public adjuster, you can go for the contingency fee method, and that will provide your public adjuster the extra motivation to get the best possible settlement for you and get you a higher compensation.

As the more you get, the more they get too, and that will make them have your best interest at their heart, as it will benefit them all the same. And you will not have to worry at all, either about the insurance settlement or the fee of the adjuster.

Safeguard Your Business with Commercial Property Insurance in Stratford

If Dentists Don’t Have This Coverage, It Will Cost Them

Renter’s Insurance – A Detailed Guide for all Renters in Oregon

3 Benefits of Hiring an Attorney

What are the Conditions That Influence the Price of Homeowner’s Insurance?