All You Need to Know About Co-Payment in Health Insurance 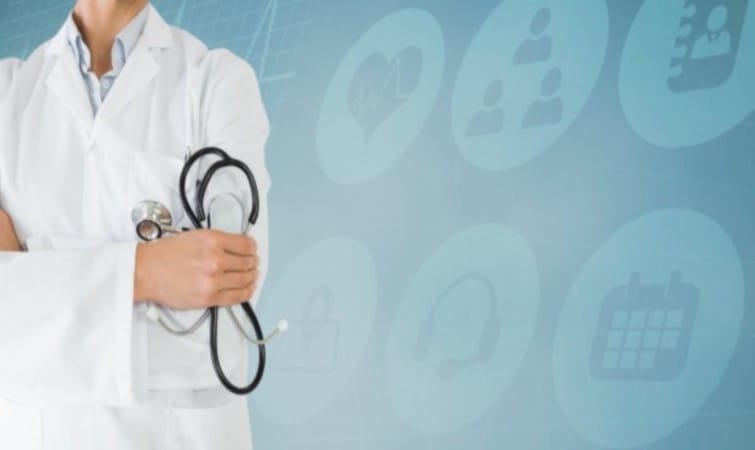 In today’s world, every single person thinks to get their health insurance done as life is unpredictable and nobody is sure what their future is going to bring with them.

Health is the major asset of human life that’s why it is the saying “if there is health, there will be wealth”.

When we work in life we try to create savings for many things like our future house, family, children, and many other expenses including flying to destinations to explore the world.

Just think about it once what will happen when you feel sick and you go to the hospital,  get examined by the doctor, and they handover a big bill in your hand for your sickness? Of course, you are happy that your sickness is treated but at the same time, you will see your savings going in the bill payment.

When we can think of investing in mutual funds for better savings then why not to make an insurance policy for health expenses as we are humans and we do not know what can come out of our health as a sudden setback.

If you wish to become healthier and rich as same as you were at the time of admitting in the hospital then you have to choose wisely the right family health plan for yourself and for your family.

Once in life when you get settled in your career you also wish to settle in life with your soulmate. So, no matter whether the marriage is love or arrange the only thing a family guy does is to secure the health and wealth of their family members. Choosing the right health plan for yourself and for your family is the thing that needs to be done on priority.

We must know one thing about health policy that every health insurance plan has some features, terms, and conditions with them which needs to be understood thoroughly before taking the plan.

What is Co-Payment in Health Insurance?

First of all, before understanding this feature of health insurance policy lets focus on one example which will help you to relate it to this feature.

“Suppose there is a critical situation of the cricket match, final over is about to be bowled and one main batsman and one bowler are at the crease. Of course, the crowd will rely on the main batsman and bowler just have to stand there to make sure the team wins.

Similarly, in your medical health insurance, the main role is your insurance company but you have to play some support if co-payment is the cause of your claiming health policy”.

Co-payment is the clause which is put in the policy by some insurance companies and it is not sure that every insurance company implies this cause in every policy they have put in some medical insurance plans insurer put this clause and this clause state that you have to pay some fixed percentage of amount from the generated hospital bill and rest is covered by the insurer.

Suppose if you have a bill amount of ₹50,000 from the hospital then you have to pay ₹5000 as a fixed amount and the rest of the amount that is ₹45,000 is covered by the insurance policy itself. So co-payment is a clause that asks for some fixed percentage support from you and rest is too covered by the insurer.

There are some of the major features of the co-payment that needs to be understood by the person before opting for a health insurance plan.

There are so many companies like SBI General Insurance, United India Insurance Company and New India Insurance Company which put the clause of Co-Payment in their health insurance plan which means some fixed amount of the bill is paid by the insured person from their own pocket while rest is cover by the insurer. So let us go through the features once so that it could give you the idea about what role Co-Payment play in your health insurance plan.

Essential Facts of Co-Payment and Co-Insurance

Well in India both of the terms co-payment & co-insurance have the same meaning but the only difference is the ratio that is there in the policy terms.

Whereas in co-payment the amount is fixed from the side of the insurer no matter what policy has been taken by the insured person.

Let’s take an example of XYZ Health Insurance plan if they have offered you the medical insurance then there are chances that this co-payment is not the scheme part in the policy as it is mentioned above that every insurer does not offer the co-payment so you can go for XYZ Health Insurance Plan as you just have to go for the claim at the time of bill payment.

Other insurers do offer this clause of co-payment where the fixed amount is charged from your pocket and this too differs in the term of co-insurance as there are some different ratios of the amount that are included in the policy in terms of percentage.

The insured person can choose the different percentage amount according to his/her own convenience in co-insurance but in co-payment, the policyholder just needs to give the fixed percentage amount that is fixed from the insurer side.

XYZ health insurance policy offers you the most suitable health insurance in which you do not have to pay any amount at the time of claim while giving the payment of your medical expenses. But you have to be sure before choosing and should read every terms and condition before opting for medical insurance.

You May Read: 7 Reasons Why Insurance is Important for People

Why do People Choose Co-Payment Insurance?

People usually like to reduce burden in their life. A life with a burden is always equal to the stress so the person who chooses the co-payment clause in health insurance is the one who makes the best out of it because it reduces the burden of being into large amounts of medical facilities.

They choose this term as a clause in their medical insurance plan because they know that they only have to pay a fixed amount of the rest bill payment of medical facilities availed by them.

So, suppose you have the insurance policy of ₹1 lakh cover and when you get treated for your problem in the hospital the bill that is given to you is around ₹50,000 so at that time because of your medical insurance you just have to pay only some percentage amount that is mentioned in the co-payment clause and rest of the amount will be covered by insurer straight away.

So, while choosing the medical insurance plan for yourself or for your family always search and compare and see what suits you and your budget best so that you can secure the future for you and also give best to your family members and enjoy medical benefits which can provide you with the best medical care and lesser amounts of bills. Always choose wisely after comparing and get into the happy ride of medical benefits.

5 Things to Do in Case of an Accident

What are the Benefits of Annuities?

How to select Health Insurance for Elderly Parents?

Coverages and Cost for Home Insurance