3 Emotional Traps That Hurt Your Investing 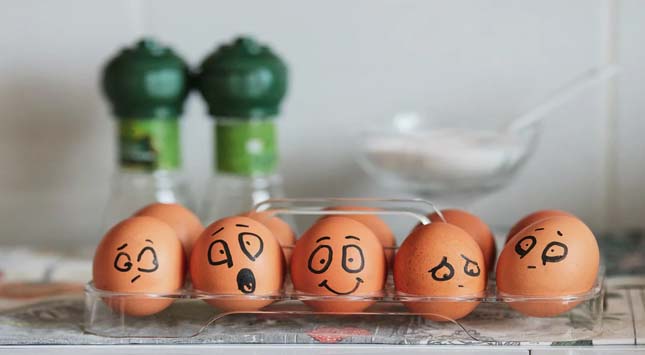 The following is adapted from Navigate the Investment Jungle.

Imagine you won $20,000. You’d be pretty happy. You could pay off loans, take a trip, buy a car-do any number of things that would improve your life. Now imagine you instead lost $20,000. How would you feel then?

You might be worried and stressed about paying your mortgage and other bills, and you could feel a very real grief over the loss.

When you’re investing for long-term financial goals like retirement, $20,000 gains and $20,000 losses are real possibilities. As you watch your portfolio grow and shrink by five figures or more, you’re going to experience a wide range of emotions.

Those emotions can influence your behavior, and when you make emotional decisions, you’re more likely to make mistakes. Instead of doing what you know to be wise, you might instead do what makes you feel good, which can have huge consequences for your portfolio.

By understanding the emotional traps you’ll likely face, you can avoid stepping into the trap and making unwise investing decisions. So let’s take a look at three of the most common emotional traps investors fall into.

Many people enter the financial markets with too much optimism. Optimism is a powerful emotional trap because it causes you to overestimate how likely it is that good things will happen to you and underestimate the risks you face. That’s a recipe for taking on too much risk and suffering deep losses.

Even if you start investing with a realistic mindset, optimism can creep up on you. Especially in a bull market, it’s easy to be lulled into a false sense of security. Each time you open your statement and see the value of your stocks has increased, you’re hit with dopamine, which has been scientifically linked to optimism.

As you read positive numbers month after month, you grow more optimistic. You conclude, consciously or not, that the value of your assets will continue to appreciate indefinitely. You extrapolate how much money you’ll have if your stocks continue to rise at the same rate for another six months, a year, or even five years. You project into the future and start dreaming of retiring a few months early.

Then the market shifts. In the blink of an eye, your healthy balance sheet turns into a disaster area. Blinded by optimism, you began to rely too heavily on the upward movement of the market, taking on more risk than you realized, and now you must suffer the consequences.

Markets are unpredictable, and too much optimism will prevent you from accurately assessing your risks. So hope for the best, but plan for the worst.

You May Read: Managing Rental Property Investment for a Better Future

On the opposite end of the spectrum is panic. During market downswings, as people watch their investments drain away, panic sets in. They become terrified of losing even more, and they act out of a need to do something—anything!—but they often don’t have a clear plan. Without a plan, they invariably make rash decisions and mistakes and put themselves in an even worse situation.

I saw this happen many times during the 2008 financial crisis. Prior to 2008, one investor I knew possessed approximately $1.7 million in investable assets. The markets had been on a consistent upswing and his wealth had grown in tandem with them. He felt bullish about his financial life and fully expected to see continued gains. He had fallen into the first emotional trap of optimism, and his portfolio was not built to minimize risks in case of a downturn.

When the 2008 crisis hit, this man’s $1.7 million dropped to about $900,000. He went through a severe emotional swing, his optimism turning to panic. Driven by this panic, he liquidated his assets. This decision locked in his losses and trapped him in a painful position.

Before this, he’d been on track to retire in 2009. That was no longer a possibility, because he’d fallen into the trap of panic.

When you’re feeling anxious and stressed, take a step back and work out a plan before acting.

Just as acting rashly out of panic can damage your investments, remaining overly loyal to your strategies can be a trap as well.

It’s easy to become emotionally attached to your investment strategies. If something worked well for you in the past, you naturally assume it will continue to work well for you in the future. Even if the results say differently, you cling to what is familiar, because it feels “safe.” This loyalty turns into a prison, trapping you in investments that are no longer working for you.

This is exactly what happened with a gentleman named Jacob whom I advised in the mid-nineties. Jacob had long invested in utility stocks because he believed that they were a safe investment, and also because they paid out dividends. At the time I met him, however, his portfolio had stagnated. The market had shifted against utility stocks, and the positions that had traditionally served him well were no longer as reliable as they used to be.

With utilities fading, I advised him to move some of his money from utilities to technology. But Jacob had become emotionally invested in utility stocks. In his mind, utilities had always performed well for him and would continue to do so, and he refused to change his strategy. If Jacob had followed my advice, he likely would have seen significant growth. Instead he accepted stagnation.

The only constant in this world is change itself. To get the most out of your portfolio, you must be able to adapt, so watch out for the trap of loyalty.

If you’ve ever jumped into something unprepared due to unfounded optimism, if you’ve ever made a knee-jerk reaction out of panic, if you’ve ever waited too long to make a needed change out of loyalty, you understand the consequences of emotional decisions.

Simply understanding how your emotions can influence your decisions will help you to avoid these emotional traps. Even better, work to minimize those emotions in the first place.

Take a hard look at your portfolio. If it’s built on an optimistic, bullish view, it’s time to reallocate your assets. By putting more of your portfolio into low-risk assets, like bonds and commodities, you can nurture a realistic, instead of optimistic mindset. With this more balanced portfolio, economic downturns will not hit you as hard, reducing your level of panic. Finally, make a commitment to review and update your strategies on a regular basis, so you don’t develop unfounded loyalty.

Money makes us emotional, but we don’t have to let those emotions drive our decisions. Minimize the emotions and start making better investing decisions.

For more advice on avoiding investment traps, you can find Navigate the Investment Jungle on Amazon. Douglas Stone is a wealth advisor with SeaCrest Wealth Management, who brings twenty-three years of experience to his work with affluent households.

Douglas began questioning his industry’s approach seven years into his career, and in 2009, he left the major wirehouse where he worked to become an independent advisor.

For six years, he discussed his self-taught, holistic approach to wealth management on Real Money with Doug Stone, a radio program on KMED 1440 AM in Medford, Oregon. Today, Doug shares his knowledge and expertise through workshops, seminars, and speaking engagements.

Share
Facebook
Twitter
Pinterest
WhatsApp
Linkedin
Email
Previous article
Strengthen the Finance in Business to Reach the Mark of Profit
Next article
What Stock Option Should You Buy? These 2 Questions Will Help You Decide
More from MoneyVisual
Investing