Here’s How Tesla Share Price Grew in the Last Decade 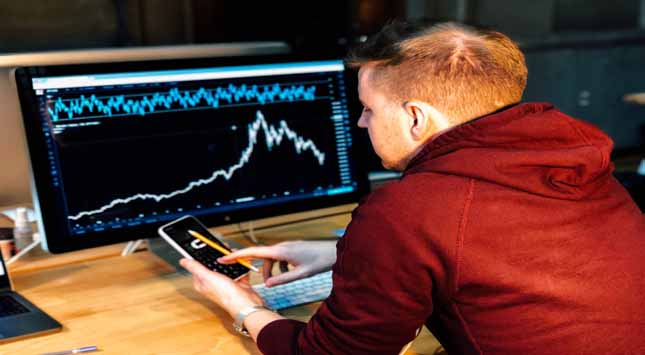 Tesla is the largest automaker in terms of market capitalization having a market cap of more than $790 Billion (as of 2021).

The company is well-versed in people’s minds not only because it is bringing a revolution in the electric vehicle segment but also because of the dynamic and one of the most versatile leadership represented by Elon Musk, so much that some people don’t resist themselves calling him an alien!

This is because of his futuristic thinking and ambitions that sometimes feel like science fiction.

Tesla aims to shift the world to sustainable energy and provide the safest, futuristic, and fully electric vehicles to the people. Last year, Tesla marked the completion of a decade since going public on 29th June 2010, releasing its first Initial Public Offering (IPO) at a price of $17 per share and issuing 13.3 million shares.

You May Read: Tips and Best Practices for Making Your AWS Migration a Success

Since then, the Tesla share price witnessed a roller coaster ride and the journey was not seamless. However, today Tesla is one of the only few companies that has provided its shareholders with record profits. Tesla has witnessed a huge surge in its share price, especially since last year.

A Few of the Factors that Contributed to Increasing the Value of Tesla’s Shares are:

Tesla was provided with a loan of $465 million by the US Energy Department in January 2010 at a time when the US was still recovering from the Great Recession. Tesla repaid the entire loan with interest in 2013.

Tesla invested in an auto plant located in Fremont, California to manufacture its vehicles. General Motors Co. and Toyota earlier used that. Even though Tesla is also operating other car assembly plants, it continues to bulk manufacture its cars in the Fremont factory.

Gigafactory has been a necessity to support the ever-increasing demand for Tesla electric cars. To integrate all its vertical supply chain, Tesla chose Nevada as its first Gigafactory site for battery production. This provided Tesla with more control over its production chain.

Tesla always aimed at building a car that can run on a full autopilot mode without compromising safety. It provides an inbuilt driver-assistance system autopilot mode; however, it has remained under scrutiny after witnessing a few accidents, although investigations found no defects in the system.

Tesla built a futuristic pickup truck naming it Cybertruck. It gained a lot of traction from the public primarily because of its design and features. The experiments made by Tesla on cybertruck created tremendous buzz among the people giving it more publicity than ever before.

Tesla has always remained in the eyes of the public primarily because it is investing in the future. The share price of Tesla grew from $17 to even crossing the $1000 bar, clocking a rise of more than 4125% since the day it went public.

Even the tech giants of America did not witness such a huge surge in their value as Tesla did, making it one of the most attractive stocks to invest in.

Where to Get Market Trends for Super Stock Selection?

Things to Consider Before Making Any Investment Decision

5 Bank FDs That Can Fight The Inflation Battle For You

Factors to Consider Before Buying Property