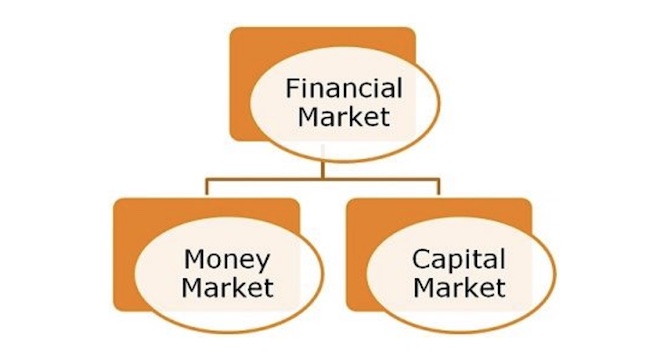 In the financial market, buyers and sellers of various financial instruments interact. It’s a method for channeling money into productive investments. The money and stock markets are two broad categories that describe this area.

When comparing the two financial sectors, both markets are crucial. Speculative transactions in highly liquid financial instruments (i.e., those with a very short maturity) take place in the money market. Instead, short-term instruments have no place in the stock market.

It is a trading venue for financial instruments that hold claims on capital, either directly or indirectly. Money Market and Capital Market are two different types of commercial markets where businesses create long-term securities, with the Money Market being used for short-term lending or borrowing.

Stock, debentures, and other similar securities are exchanged on the Capital Market. Capital Market securities either have a maturity duration of more than one year or are irredeemable (i.e., without maturity).

There are two primary types of investments in the capital market:

The public subscribes to newly issued securities on the primary market. The IPO market is another name for it. Additional capital issued by corporations whose shares are already traded on stock exchanges is also considered part of the Primary Market. To facilitate trade, many sorts of intermediaries have emerged in this market. Merchant Bankers, Brokers, Debenture Trustees, Banks, Portfolio Managers, Registrars to Issue, Share Transfer Agents, etc., all play an essential role as intermediates. In this context, SEBI refers to all of these middlemen.

An exchange where investors buy and sell securities that have already been issued. After the initial security issuance in the primary market, there is a secondary market in which investors can buy that asset from one another rather than directly from the issuer.

You May Read: Countries with a Lower Currency Than the Indian Rupee

Some standard short-term debt instruments include trade credit, commercial paper, certificates of deposit, and treasury bills. Because of the high liquidity of Money Market assets, there is a one-year time limit on when they can be redeemed. Money market securities have a lower rate of return than Capital Market securities, but they are a safer investment option. Money market transactions are conducted directly between buyers and sellers rather than through an intermediary trading platform, thus the term “Over the Counter” (OTC).

There are essentially two types of participants in the money market:

The Reserve Bank of India exerts strict oversight over the country’s organized money market. Banks, NBCs, Co-Operative Societies, and other financial institutions are all involved in the regulated money markets. They operate by a set of rules that are both complicated and rigorous.

Here are some critical distinctions between the money market and the stock market: