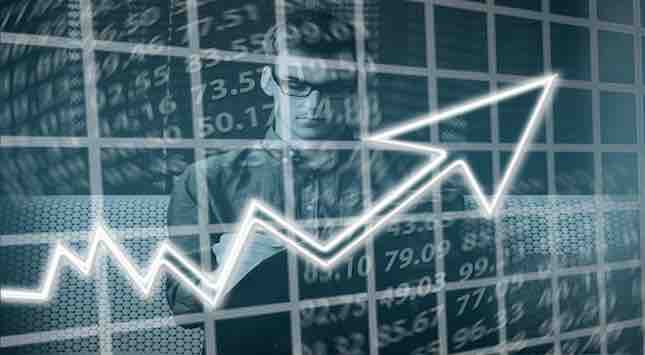 2022 was a bumpy year for the capital markets. The dollar surged higher and then retraced while U.S. interest rates surged. Russia went to war with Ukraine, and COVID continued to create lockdowns in some areas of the world.

The cryptocurrency market experienced turbulence as FTX blew up and filed for bankruptcy. Many of these issues might have appeared to be one-off scenarios. Still, market events continue to repeat themselves, so investors need to look at 2002 and determine what they can learn in 2023.

“Don’t Fight the Fed” is mantra traders have used for decades. The saying means that traders should buy riskier assets when the Federal Reserve is lowering interest rates and be cautious and hold cash when the Fed is increasing interest rates. Traders always try to outthink the Fed, but the central bank usually provides a clear commentary on their plan. One lesson traders should take into 2023 is that Fed policy could remain restrictive for a considerable period.

Market participants do not think that the Fed will continue to raise rates more than 5% in the United States, and they don’t think that they will keep rates higher for longer, as the Fed has stated. If you look at the CME Fed watch Tool, the market is pricing in a peak in short-term borrowing rates by the Fed in June of 2023, and expect rates to begin to drop in November.

Market participants probably believe that tighter monetary policy will cut off growth, and the Fed will be forced to cut rates by the end of 2023. Despite a warning by the Fed that they will need to keep rates higher for longer to choke off inflation expectations, the markets appear to believe that the Fed is wrong.

The Fed can be late to the party, as was seen in this current market cycle. The Federal Reserve believed that inflation in the United States was transitory. They thought there was a temporary blip in inflation expectation that would subside without restrictive monetary policy.

Eventually, the Fed said they were mistaken and started to raise rates. The 4.25% increase in the borrowing rate in 2022 was one of the quickest on record. The Fed increased policy by 75- basis points in four consecutive meetings. The rapid move in U.S. rates buoyed the U.S. dollar leading traders to what is forex and how interest rates impact the dollar.

The upshot is while investors don’t want to fight the Fed, they know that Fed policy can overshoot its target. While the Fed let inflation run too far too fast, the central bank might let growth dwindle into a deep recession. Despite this likelihood, the key to successful investing is don’t fight the Fed. Investors should feel comfortable buying riskier assets when the central bank clarifies that it will move to a neutral policy.

The December meeting minutes released by the Federal Reserve in January showed that no monetary policy board members thought it would be appropriate for the Fed to ease monetary policy in 2023. Several said that history warns against prematurely loosening monetary policy. They did say that policy remains data-dependent.

While the Fed and other central banks told investors they planned to raise rates, several events occurred in 2022 that were unexpected. While Russia was building up troops near the Ukraine border in 2021, few expected Russia to attack. In February, Russia attacked Ukraine, which started an extended process. Nearly a year later, both sides are at a stalemate. Ukraine is unwilling to let up any ground, and Russia needs to pull back slightly.

The war has put a strain on the production of natural resources. Russia is one of the world’s largest natural gas and oil producers. It also is the third-largest producer of wheat. Ukraine supplies grains, including corn, to Eastern and Western Europe.

The press primarily covered issues related to Russian oil exposure and capping Russian oil prices. The G7 countries decided to limit the expense of Russian oil with the idea of reducing revenues from sales of oil. Natural gas prices also had an impact on the energy markets. Most of the natural gas supplies to Europe came from Russia. Russia uses pipelines to move natural gas along the European continent. As one of the only providers of natural gas to Europe, Russia influenced the supply of natural gas, which is used in everything from heating to creating electricity.

During the late winter and summer, natural gas prices surged in Europe as fears over adequate supplies buoyed prices. Russia warned Europe that it would distribute smaller volumes into the region’s most significant pipeline. Prices during the summer of 2022 were more than ten times higher than the average between 2010 and 2020. In case there was a colder-than-normal period, the perceived extreme demand for natural gas during the winter sent European natural gas higher and created the impetus to increase LNG deliveries from the United States.

There is always a Blowup

Throughout history, the financial markets have experienced multiple blowups. Hedge funds have collapsed along with energy companies and money managers. Banks blew up in 2008, creating derivative products called Collateralized Loan Obligations that were backed by subprime. The list of bankruptcies is long, and fraud is most of the time at the heart of the matter.

FTX declared bankruptcy in November 2022, and opened a pandora’s box where the CEO, Sam Bankman-Fried, used customer money to place bets in his cryptocurrency hedge fund. The leverage used by Alameda Research was extraordinary, and when customers requested money back, the firm filed for bankruptcy and halted withdrawals. No one expected this to occur, but it happened in 2008 with Bernie Madoff.

The losses that customers of FTX.com are likely to endure could be substantial and reduce the volume of speculators willing to participate in the cryptocurrency market. It took approximately 5-years post after the news that Madoff had committed fraud before the Madoff Victims Fund was established, and it is still attempting to recover funds for individuals that invested with Bernie Madoff.

Volatility surged, and bitcoin prices dropped sharply (see chart) in the wake of the news that FTX needed to declare bankruptcy. The bitcoin exchange rate versus the U.S. declined about 25% as the news started to break on November 6, 2022, that FTX was in trouble. Not only were investors attempting to withdraw funds from FTX, but they were also trying to liquidate their positions. Prices have difficulty gaining traction in the two months to follow.

Three distinct issues are pertinent when we look at the lessons learned in 2022 and attempt to see how we can use those lessons in 2023. The first and most important is don’t fight the Fed. Investors saw that the Federal Reserve was behind the curve and needed to raise interest rates but did not believe they would overshoot and continue to drive the U.S. economy into a recession.

What is clear from the commentary and December meeting minutes is the Fed is steadfast and will continue to raise rates well into 2023. The Fed has said they have learned from other periods that inflation will not come under control if they let up on the breaks. The only tool they have is to tighten rates to the extent that the U.S. economy slips into recession and wages decline to the point that prices drop.

Despite a 4.25% increase in Fed fund rates in 2022, the job market remains robust and has yet to show cracks where the fed would consider a rate hike. In fact, in its meeting minutes, the Fed said that not a single member believes the Fed will ease rates in 2023. The Fed, in this situation, could be any central bank. While the Fed oversees the largest economy, the ECB, BOE, and BOJ are formidable. When central banks around the world tighten rates, riskier assets will underperform.

You also need to expect the unexpected. No one thought that Russia would attack Ukraine or that the FTX would have to file for bankruptcy amidst fraud quickly. The market is full of surprises, and it’s important to gauge what could occur so you have a plan if something unexpected happens.