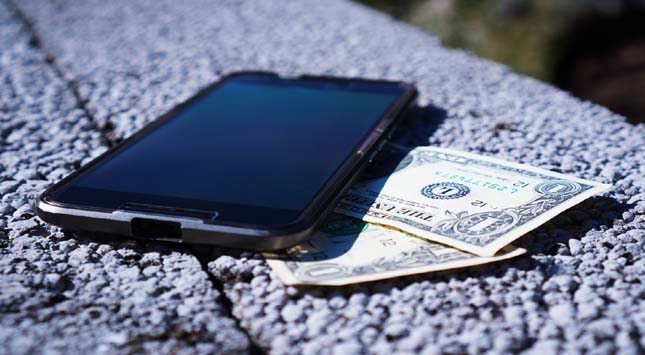 To put it simply, “mobile money” refers to digital payments. Unlike an app like Venmo, no bank account is needed to enable the transaction; instead, this role is performed by a telecom provider.

The Wall Street Journal reports that “nearly half of the world’s 1.04 billion registered mobile money accounts are in Sub-Saharan Africa.” Low-resource situations, where family and friends financially support one other even if they are physically apart, are especially well-positioned to reap the advantages of this technology.

In 2018, the sum remitted by migrants from SSA was US$48 billion. In Nigeria, remittances totaled $25 billion in 2018, almost four times the amount of foreign direct investment and government development aid combined due to MPESA charges.

The Implementation of COVID-19 has Accelerated

While these obstacles were obvious prior to COVID, the epidemic has greatly expedited adoption. African governments have also played a significant role, with several lowering sign-up restrictions in an attempt to boost the economy. Prior to the lockdown in Rwanda, for example, the central bank directed telecommunications to relax restrictions.

As a consequence, “…the number of mobile-money transfers doubled in the week after a lockdown was imposed in March…by late April, users were making 3 million transactions a week, five times the pre-pandemic norm.” From Kenya to Zambia, other African countries followed suit by relaxing restrictions and eliminating transaction costs.

Long-Term Consequences for Poverty and Women

According to a non-RCT study from Kenya, access to mobile money boosted per capita family spending and savings, lowering the percentage of poverty. This increased consumption resulted in the removal of 196,000 families from severe poverty, which equates to 2% of all households in Kenya.

The long-term impacts of this research are investigated by conducting a follow-up survey in 2014 for families who had relatively significant increases in agent access between 2008 and 2010. The benefits were greatest in female-headed households, demonstrating how influence may be magnified when female household leaders are provided access to technology.

According to the researchers, mobile money may offer women in male-headed families, who are often secondary wage earners, greater financial freedom. Agent density-the number of agents working in a given area-was critical. Increased agent density was associated with 3% of women in both female- and male-headed families choosing commercial or retail professions over-farming.

Mobile money may also assist with financial resilience since it makes saving easier. In Kenya, women’s mobile money accounts were utilized to quickly (and securely) distribute and label saved funds.

The researchers discovered that labeling an account, such as encouraging women to utilize the account for emergency expenditures and savings, as well as a one-on-one activity eliciting savings objectives and weekly SMS reminders on the savings goals, boosted the amount saved significantly.

This sum accumulated aided women in responding to unexpected expenditures and made them less dependent on existing networks for assistance.

In Kenya, researchers utilized instrumental factors to discover that families that used mobile money saved more. Households with mobile money accounts were 16–22% more inclined to save, and their average household savings rose by 15–21%, equating to US$2.7–US$3.7 per month.

Transparency and Formalization are Aided by Mobile Money

A mature mobile money system may also promote economic formalization by integrating informal sector users into formal banking and insurance, as well as providing for greater ties to the government through social protection systems, tax collection, and other government initiatives.

Mobile money has the Potential to Increase Financial Resiliency

A significant corpus of research is developing with a consistent finding: when families have access to mobile money, they are better equipped to react to unexpected problems. When an unexpected bad event happens, such as a flood or a kid becoming sick, families using mobile money may depend on the quick and cheap transfer of money from relatives and friends who live far away.

A research in Kenya that used a difference-in-difference methodology found that mobile money may have a significant effect on a household’s resilience. Households that had access to M-PESA (Kenya’s mobile money platform) during a bad occurrence, such as unanticipated severe weather or sickness in the family, were better equipped to react and did not have to decrease their expenditure on food and associated products as a result.

This is because mobile money facilitates risk-sharing within the community or family, regardless of location, thus reinforcing these informal insurance networks.

Researchers looked at the impacts of a health shock in a similar study that also employed a difference-in-difference approach and found that families who utilized M-PESA were able to spend more on health-related expenditures while keeping up with other household payments.

Households who did not utilize M-PESA paid for their health-care costs by cutting down on non-food expenditures, such as removing their children from school.

Share
Facebook
Twitter
Pinterest
WhatsApp
Linkedin
Email
Previous articleWhat is Brave Browser and How Can You Earn Crypto With It?
Next articleFacing a Sluggish Mac? Here are the Solutions to Boost It
RELATED ARTICLES
Personal Finance