How to Protect Your Savings Against Inflation? 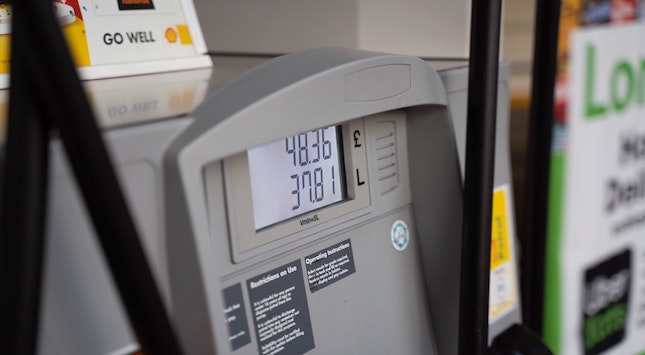 Inflation is on everyone’s mind these days, from employers struggling to hire workers and source raw materials, to employees, whose real wages aren’t keeping up with inflation. We’ll explain why inflation has hurt emerging markets the most, drawing on India as an example. We’ll also touch on the role of the U.S. dollar and explain how you can protect your hard-earned savings.

India’s economy, the fifth largest in the world in dollar terms, is often seen as a bellwether for emerging markets. There, inflation rose to 7.01% in June, second only to Thailand amongst Asia’s largest economies. As rising prices are making it harder for people in urban and rural areas alike to get by, we explore the hidden cause of inflation.

India relies more than other Asian countries on fuel imports to power its economy. Even before Russia’s invasion of Ukraine, fuel accounted for 30% of India’s imports by value according to the World Bank, a percentage almost twice that of China. This figure includes coal, crude oil and natural gas – resources that have seen their price rise significantly since the start of the war, as European countries scrambled for alternatives to Russia energy imports.

India has tripled its imports of Russian oil, buying crude at a steep discount in defiance of Western sanctions. However, these cheaper imports have only partially offset rising costs it has faced in international markets, where energy and commodities are priced in U.S. Dollars. India, like many other countries, has also faced higher agricultural food prices, also up as a result of the war in Ukraine.

The Rupee recently hit an all-time-low against the Dollar, trading at 80.21 Rupees per dollar, on July 14th. However, the Rupee isn’t alone in this predicament. Other major currencies have also weakened in the face of a strengthening Dollar. On the same day, the Yen and the Euro reached 24- and 20-year lows respectively. Since the start of the year, the Yen and the Euro are down 17% and 11% against the greenback.

The rise of the Dollar has been driven, to a large extent, by economic fundamentals. The strength of the U.S. economy has given the Federal Reserve more leeway to increase interest rates in order to dampen inflation. This happened at a time when the Japanese Central Bank pledged to keep its own interest rates artificially low in order to boost inflation. Meanwhile, the European Central Bank is constrained in its own attempts to fight inflation by the requirement to keep the yield on Italian government bonds low. The Dollar also benefited from the “risk-off” sentiment that swept financial markets following Russia’s invasion of Ukraine.

Importantly, the Dollar strength also sustains itself, in ways that some have called a “doom loop”. A rising Dollar places considerable stress on the rest of the world, by increasing the cost of the food and energy imports, and increasing the cost of servicing emerging markets’ Dollar-denominated debt. However, this slowdown in the world economy also tends to drive investors towards the Dollar, thereby reinforcing Dollar strength. This theory is also known as the Dollar Milkshake Theory.

While the greenback is up 19% against a basket of currencies since January 2021, it remains below its all-time high reached in February 1985. At that time, the U.S. Dollar Index (DXY), which measures the Dollar against a basket of currencies, hit 164.72 points, versus 106 points today. At the time, the world’s leading central banks came together to weaken the Dollar through coordinated interventions, formalised through the Plaza Accord. Then, as is the case now, the strength of the Dollar was causing hardship in the rest of the world.

What Could Slow the Dollar

Unfortunately, few market observers expect the Dollar to weaken in the near future, in part because the Euro, Japanese Yen and British Pound face significant headwinds. In his Jackson Hole address, Fed chair Jerome Powell restated his determination to bring inflation back down to a 2% target by increasing interest rates, and holding them higher for longer. Importantly, he acknowledged this would mean slowing the economy and driving unemployment higher, in order to cool the labor market.

According to a number of commentators, only a resolution to the conflict in Ukraine, or a dovish pivot from the Fed cause the Dollar to weaken materially against other leading currencies. As Europe heads into the Autumn, and temperatures drop, an escalation of Russia’s energy war on the continent is likely to accentuate these underlying trends, strengthening the Dollar against all other currencies.

How to Protect Yourself Against Inflation

If you expect the U.S. Dollar to carry on rising against the other currencies, the simplest way to protect yourself against inflation is to get dollar exposure.

If you’ve invested in emerging market stocks, you should consider reducing your exposure and holding dollars instead. Alternatively, you could take advantage of weakness in international stocks and currencies by shorting a dollar-denominated exchange traded fund.

If you have an interest in Forex, you could trade Contracts for Difference (CFD) on currency pairs through an online broker. If you expect the greenback to continue to appreciate against the Euro, you could buy the USD/EUR pair today, and sell it at a later date to lock-in your profits. You’ll find a large number of Forex brokers online on comparison websites like TrustedBrokers.com.

Last but not least, could also invest in gold, in any of its forms. Physical gold, in the form of jewellery, coins or bars, has long been a favourite of many. However, it often trades at a premium to its paper price. Instead, you could invest in an exchange traded fund that owns physical gold (ticker: GLD), or buy shares in gold mining companies, like Wheaton Precious Metals (ticker: WPM). With many gold mining stocks trading at depressed levels almost on par with their Covid-19 lows, they are now cheap by historical standards.

No matter which course of action you choose, you should always be mindful that trading carries a high level of risk. In addition, leverage can increase both your potential profits and losses. That’s why you should only ever invest money that you can afford to lose.

However, it’s also important to keep in mind that doing nothing and keeping your savings in the bank, when inflation is running high, isn’t entirely risk-free either, as it will also guarantee a loss of your purchasing power in real terms.

Life After Bankruptcy: 7 Tips For Recovery

How to Enjoy a Trip Abroad Without Spending a Fortune

How Young Adults Can Set Themselves Up for Financial Success