Outlining the Key Differences Between Wills and Trusts 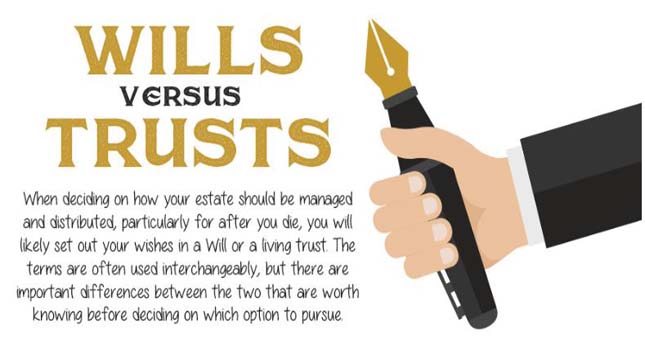 Outlining the key differences between Wills and Trusts, two documents that are often misinterpreted as the same because they are both used for outlining a person’s wishes regarding the distribution of his or her estate after death.

The primary difference between the two is that a Will is not enacted until the person’s death, whereas a Trust takes effect from the moment that it is signed. There are other significant differences between Wills and Trusts, such as the property they cover, requirements for probate, and publication after the person’s death.

Infographic Source: I Will Solicitors

Share
Facebook
Twitter
Pinterest
WhatsApp
Linkedin
Email
Previous article
10 Great Financial Habits to Develop Right Now
Next article
Fund Your Business with a Personal Loan: When and Why it Can Work
More from MoneyVisual
Tax