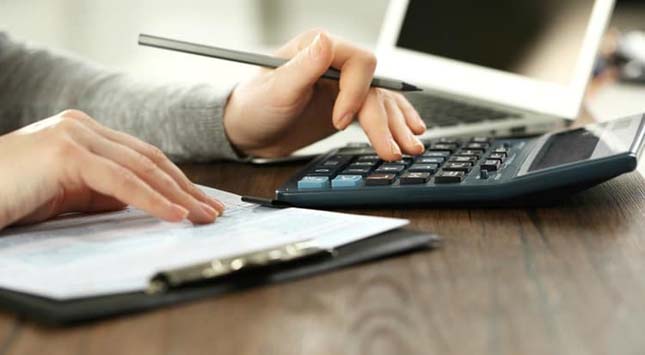 Most New Yorkers see tax as the financial burden but sadly, like the rest of us, we are enforced by law to pay them.

Whether an individual does or doesn’t like paying taxes, they constantly search for better understandings of the amount of money they owe to the government and ways to legally reduce their tax bill.

With each passing year, it is increasingly difficult to keep hard-earned dollars in our pockets. People use the New York state income tax calculator to attain a transparent financial situation that shows the tax split up, thus helping in strategic preparation of their returns.

Besides using the advanced tools, one needs to get rid of the common misconceptions about taxes to improve the process of filing returns. The complex taxation system generates a lot of folklore, which results in costly mistakes and increases frustration and remorse among people.

With that in mind, let’s take a look at a handful of myths that people fall for:

The majority of the tax returns are being filed electronically and soon it will become mandatory. That is causing a lot of people to worry about the system being more prone to audits. The reality is that’s not the case as the Audit rate of the IRS remains steady. High self-employment income, filing late, errors, and unreported income is the filing scenarios that trigger an audit.

Filing for an extension gives the taxpayer an extra six months to complete the filing return but it does not include grace time for paying the tax amount. If a taxpayer does not pay the tax due on time, it results in penalties and interest on the due amount by IRS… this can be very expensive.

3) Cryptocurrency Loss is Not Tax Deductible

IRS considers the virtual digital currency as taxable under property instead of federal income tax. Therefore, a cryptocurrency loss is not a virtual loss but a real tax loss. If you bought and sold cryptocurrency the loss can be deducted when filing your annual tax return.

People tend to avoid reporting the money for which no records or receipts are held as they typically believe that they are not entitled to the tax deduction without evidence. This myth is tripping people who earn money with side jobs, such as driving Uber on weekends. Whether a person is an engineer, accountant, or an auto repair, IRS still considers the side job as taxable under self-employment norms.

New Yorkers feel that making more money can bump them into high tax brackets, thus higher tax bills.  New York taxpayers often wonder if they would have been better off not getting the promotion/ pay raise or additional incentives.

However, it’s all misconception as the income exceeding the next tax bracket threshold only is taxed at a higher rate, not all earning. New York income tax tables are progressive with tax amounts calculated at different rates and thresholds, the amount earned does mean that all tax is applied at the threshold rate, simple the amount of income that falls within the specific tax bracket and rate.

6) Can’t Afford to Pay Taxes Better Not to File

When some taxpayers discover that they owe a lot of money to IRS, they think it’s better not to file the return… a bad idea!!! Either you pay your taxes or you don’t pay your taxes, whatever you do, the IRS will eventually find out and reach out to the taxpayer, imposing penalties and interest which ultimately ends up in you owing more money to them. If you owe a lot of tax, get in touch with the IRS as they can always work out the payment plan to avoid fines and stress resulting from unexpected or unaffordable tax bills.

7) Married Couples Should File Separately to Save

Most of the married couples in New York file separately to save on taxes, however, it is not the best option as IRS limits some deductions and credits for separate filers. The difference in amount can be easily seen when determining the amount due to the New York state income tax calculator, which shows wider tax brackets and lower tax rates for couples filing jointly.

Without doubt, the taxes in New York are voluminous, complicated and confusing, so it is not a surprise that the taxation system is full of misinformation. The more aware you are of the myths, the more improvement and simplicity there is in completing your tax return filing.

Online Tax calculators make the process simpler and take away a bit of the stress of tax returns and with holdings calculations as they figure out the various taxes and consider different tax scenarios to provide the best results with maximum deductions and tax credits.

How to Prepare for an IRS Tax Audit

How to Be Your Own Bookkeeper: Accounting Basics for Small Businesses